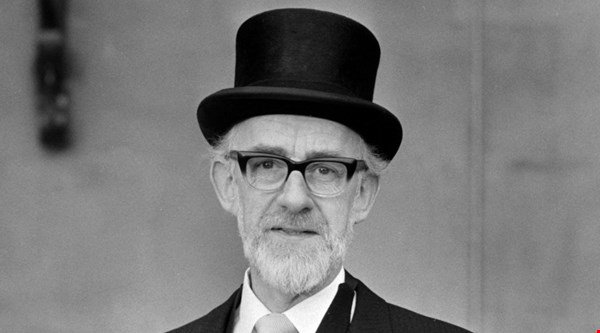 Sir Antony Jay’s Yes Minister co-writer Jonathan Lynn has said he has “no bad memories” of their long friendship.

The political comedy writer died on Sunday at the age of 86 after a long illness.

Jonathan, 73, said he had first considered Sir Antony’s idea to write a comedy about the Civil Service “dull”, but came around to the idea a few years later.

Speaking on the BBC Radio 4 Today programme, he said: “We were very, very good friends. Tony was someone I was immensely fond of.

“We didn’t really agree about a great many things. He was a right-wing Conservative and I would describe myself as left-leaning.”

However, he added: “There weren’t any bad memories, except about his illness. We didn’t have a cross word in 30-something years, we always got along well, we only had a good time.”

Conservative politician Michael Dobbs, who wrote the original novel House Of Cards, said Sir Antony had patiently helped him when he started out as a writer.

Lord Dobbs praised Yes Minister as “a programme that could actually engage the attention of Margaret Thatcher”, explaining: “She never watched television, she didn’t have time, yet Yes Minister was one of her favourite programmes.”

On Jonathan and Sir Antony’s collaboration, he added: “Those two, they really got to the heart of what really goes on in Whitehall and Westminster.”

A representative told the Press Association on Tuesday: “Sir Antony Jay CVO CBE died peacefully on Sunday evening after a long illness. He was surrounded by his wife and family.”

The writer’s distinguished career included scripting documentaries Royal Family and Elizabeth R: A Year In The Life Of A Queen, for which he was appointed Commander of the Royal Victorian Order (CVO) for personal services to the Royal Family.

Sir Antony began his career in the BBC’s current affairs department and was a founding member of the Tonight team, later becoming editor of the programme in 1962.

Earlier this month, he reunited with Lynn on a new Yes Minister sketch inspired by Brexit for The Guardian.