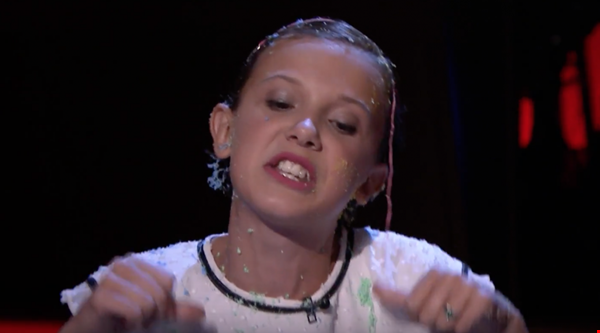 When the kids from Stranger Things joined Jimmy Fallon on the Tonight Show we learned that one of the cast still sleeps with a night light, Jimmy will almost definitely be having nightmares about silly string, and Millie Bobby Brown can rap.

Caleb McLaughlin, Gaten Matarazzo, Finn Wolfhard, Millie and Noah Schnapp (who wasnât here for this one) make up the young cast the 1980s-themed sci-fi horror that took over Netflix this summer, and joined Jimmy as season two of the show was confirmed for next year.

Together they played a game that involved secrets and silly string, and ended with Millie rapping Nicki Minajâs verse on Kanye Westâs Monster, although the 12-year-old from England did leave out the swear words.

Do you see what we mean about Jimmy having nightmares? Heâs never inviting four kids on to his show again, ever. No matter how good the second season promises to be.

Another of the showâs stars, Gaten, was revealed as having an incredible singing voice recently – and has starred in Les Miserables on Broadway.

Winona Ryder-starring Stranger Things received an incredible reaction after debuting on Netflix earlier this year, and a video with news of the season two renewal gained more than 100,000 retweets in no time at all – but it wasnât just the viewers that were thrilled with the news, the cast were too.

https://youtu.be/aXWG_kKDZlY click the link to check out the video for season 2! #season2ofstrangerthings #finally #lucasakachocolatedaddy #toothless 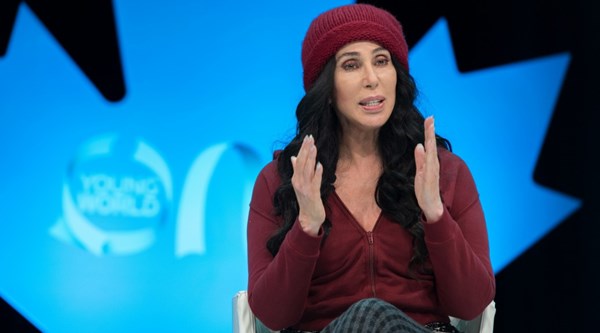