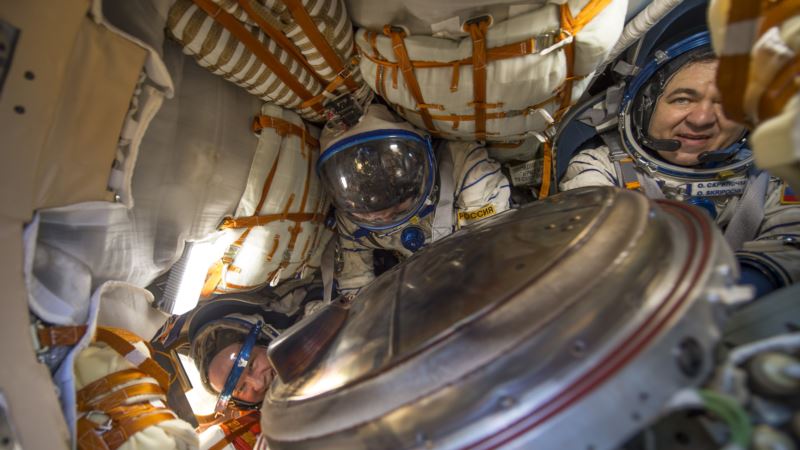 One American astronaut and two Russians landed safely in Kazakhstan early Wednesday after spending nearly six months performing work on the International Space Station. American astronaut Jeff Williams became the U.S. record-holder for most time spent in orbit after this mission brought him up to 534 days spent in space across four separate missions. NASA astronaut Scott Kelly previously held the record with 520 days in space. The world record is held by Russian Gennady Padalka who spent 879 days in space. Williams, along with Russian astronauts Alexy Ovchinin and Oleg Skripochka landed their Russian-made Soyuz capsule in central Kazakhstan just after 7 a.m. local time Wednesday, NASA said. The three men had disembarked from the space station about three and a half hours prior to their landing. In a statement, NASA called Williams “instrumental in preparing the station for future arrival of U.S. commercial crew spacecraft.” Williams, it said, performed five space walks during his time at the space station, one of which included the installation of a docking station for the commercial flights. After Williams left the station, Russian Anatoly Ivanishin took command. He remains in the space station with American Kate Rubins and Japan’s Takuya Onishi. "I will certainly miss this view!" Williams posted on Twitter Tuesday, along with a picture of the Earth’s outer atmosphere. "Vast gratitude toward my crewmates, ground teams, supporting friends, and family.”

Iraq Explosives Experts Working to Defuse Mine on Oil Tanker

Merriam-Webster’s Top Word of 2020 Not A Shocker: Pandemic