Former Coronation Street actress Michelle Keegan has drawn criticism after saying that football “wasn’t a major sport in the Sixties”.

The 29-year-old soap star made the comments during an interview with BBC Breakfast, while promoting the new series of Our Girl.

Viewers were quick to comment, as Michelle recently filmed ITV’s three-part drama, Tina And Bobby, which sees her playing the wife of footballer Bobby Moore.

The series will tell the story of England star Bobby’s life with Tina, from their early days through to the height of their fame as the original “golden couple”.

He became a national hero as captain of the England team when they won the World Cup in 1966.

Talking about Bobby and Tina being hailed as one of the first “celebrity couples”, she said: “You know back in the Sixties people really didn’t know anything about football, it wasn’t like a major sport back then, and Bobby and Tina were like the first golden couple of the time.”

One viewer tweeted that “it was football’s golden decade”, while another quoted Michelle then added: “Odd … I seem to recall us winning a World Cup.”

Another commented: “Michelle Keegan thinks football wasn’t a big sport in the 60′s when chatting Bobby/Tina Moore being celebrities! Bless her @BBCBreakfast.”

Some fans were more excited about her hair colour, as she returned to her brunette roots, after going blonde for her role as Tina.

Our Girl sees her playing Corporal Georgie Lane, and returns to BBC One on Wednesday evening. 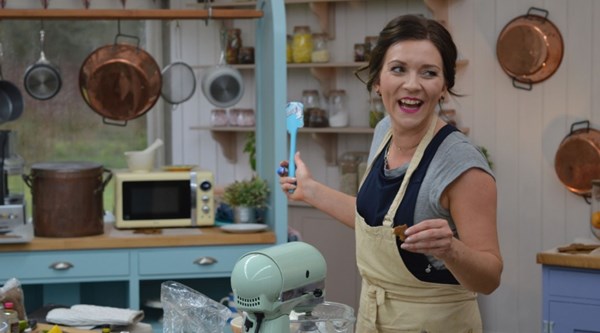