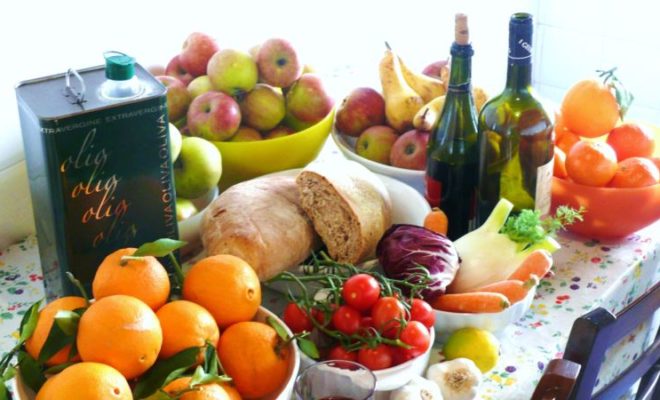 For some patients with heart disease, a Mediterranean diet could better treat their condition than cholesterol-lowering drugs called statins, according to a recent study. A Mediterranean diet favors fruits, vegetables, nuts, fish and olive oil over red meat, dairy products and processed foods. Speaking at a global heart disease conference in Rome, an Italian expert said the study sought to answer a specific question. “So far research has focused on the general population, which is mainly composed of healthy people,” said Professor Giovanni de Gaetano, head of the Department of Epidemiology and Prevention at the IRCCS Neuromed Institute in Italy. “What happens to people who have already suffered from cardiovascular disease? Is the Mediterranean diet optimal for them too?” For the study, the researchers looked at 1,200 Italians with a history of heart disease over a period of seven years. What they found is those who adhered more closely to a Mediterranean diet were less likely to be among the 208 people who died during the course of the study. After adjusting to age, sex, socioeconomic status, level of physical activity, the researchers found that people who ate a mostly Mediterranean diet had a 37 percent less chance of dying during the study period. Cholesterol-lowering statins have long been thought of as the most effective way to treat heart disease, which kills nearly 615,000 Americans annually. According to the U.S. Centers for Disease Control and Prevention, about 28 percent of Americans over 40 were taking some kind of statin when surveyed in 2011 and 2012. Statins are popular worldwide and several studies have shown they can lower cholesterol levels, reducing the likelihood of major heart problems. Experts say that even for those taking statins, adopting a Mediterranean diet could add further health benefits. "It is good to know that even if you already have a history of cardiovascular disease, adhering to a Mediterranean diet reduces the risk of death, said Professor Jeremy Pearson, Associate Medical Director of the British Heart Foundation in an interview with the Telegraph newspaper. "This study suggests that even if you are already receiving medical care, if you add a Mediterranean diet, it will have further benefit. Maintaining a healthy lifestyle, even if you have had a heart attack or stroke is really important and continues to benefit you.”