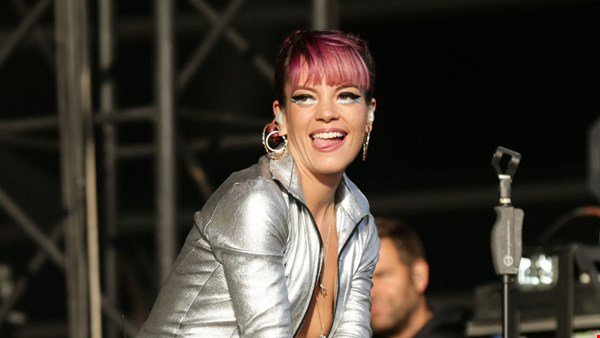 Lily Allen has dismissed fears for her health following reports that she collapsed at the Notting Hill Carnival, saying: “I’m just a lightweight.”

The Sun alleged the singer and mother-of-two, 31, vomited after drinking lager, cider, punch and smoking a “suspicious looking cigarette” at the event.

Lily was pictured appearing to drink Jack Daniel’s whiskey and cider and partying before being carried away, seemingly unconscious, by grime rapper MC Meridian Dan.

The singer responded to a journalist’s request for comment on the story:

Truth is I'm just a lightweight, I had 2 cans of strongbow on an empty stomach. I'm here now and I'm absolutely fine pic.twitter.com/nz8XFg1bTZ

Earlier she posted a picture of herself at the festival:

Nothing to see here pic.twitter.com/4nrwkHXSBj

Photos appear to show Lily being carried away through the crowds over the shoulder of MC Meridian Dan, who is rumoured to be her boyfriend and whose real name is Dan London, and the Smile singer’s previous flame Seb Chew, who were performing a set.

Lily, who has two children with Sam Cooper, has previously spoken about her early success, when she was well known for her partying.

“Everything was just such a blur,” she told Esquire magazine in 2014.