Far from potentially fading into obscurity, one of the world’s most feared jihadist terrorist organizations may be poised for a potential resurgence thanks to an unlikely ally.

Almost two decades after the United States first targeted al-Qaida’s leadership in Afghanistan for carrying out the September 11, 2001 attacks on New York’s World Trade Center and the Pentagon, the terror group has established a new home, U.S. Secretary of State Mike Pompeo warned Tuesday, one he suggested was somewhat sheltered from U.S. military might.

"Al-Qaida has a new home base. It is the Islamic Republic of Iran," Pompeo said during a speech at the National Press Club in Washington.

"Tehran has allowed al-Qaida to fundraise, to freely communicate with al-Qaida members around the world, and to perform many other functions that were previously directed from Afghanistan or Pakistan,” Pompeo said.

"As a result of this assistance, al-Qaida has centralized its leadership inside of Tehran,” he added, describing Iran as the terror group’s new “operational headquarters.”

The warning from the United States’ top diplomat, in the waning days of U.S. President Donald Trump’s presidency, returns the administration’s focus to Iran, which it criticized early and often following Trump’s inauguration. But it also represents a stunning shift from assessments of al-Qaida shared by other top administration officials just in the past several months.

"I think al-Qaida's on the ropes, no doubt," State Department Counterterrorism Coordinator Ambassador Nathan Sales told a virtual forum this past November.

“There’s a sense in which the question of who leads al-Qaida's core matters is a little bit less today than it did a decade ago, certainly two decades ago,” Sales said, calling the group’s leadership “really a remnant of its former self.”

U.S. National Security Adviser Robert O’Brien was equally optimistic, saying just a day earlier that al-Qaida has been "incapable of directing a complex, large-scale attack against the U.S. because of the pressure that we've kept on them.”

Al-Qaida 'On the Ropes' After 2 Decades of WarKey US counterterrorism official says the terror group is just 'a remnant of its former self,' taking a back seat to its African affiliates

But in his speech Tuesday, Pompeo argued it is, in fact, precisely because of al-Qaida’s leadership and the refuge it has found in Iran that the core group is becoming ever more dangerous.

"Tehran has allowed al-Qaida to fundraise, to freely communicate with al-Qaida members around the world, and to perform many other functions that were previously directed from Afghanistan or Pakistan,” the U.S. secretary of state said.

"Since 2015, Iran has also given al-Qaida leaders greater freedom of movement inside of Iran under their supervision,” Pompeo added “The Iranian Ministry of Intelligence and Security and the IRGC have provided safe havens and logistical support – things like travel documents, ID cards, passports – that enable al-Qaida activity.”

To further bolster his case, Pompeo gave the first U.S. public confirmation of the death of al-Qaida’s number two official, Abu Muhammad al-Masri, gunned down in the streets of Tehran along with his daughter this past August, as first reported by The New York Times.

U.S. intelligence officials said Al-Masri, also known as Abdullah Ahmed Abdullah, had been living in Tehran since 2015, when he and four other senior al-Qaida figures were released by the Iranian government in exchange for an Iranian diplomat.

#alQaida's al Masri, aka Abdullah Ahmed Abdullah, was wanted by the @FBI & had been indicted for his alleged role in the August 1998 bombings of the US embassies in #Tanzania & #Kenya which killed 224 civilians & wounded +5,000https://t.co/00ocH1Ohiv

The list includes Saif al-Adel, now thought to have replaced al-Masri as al-Qaida’s second-in-command; Sultan Yusuf Hasan al-‘Arif; and Muhammad Abbatay, also known as Abd al-Rahman al-Maghrebi, who serves as a general manager for the terror group, coordinating with its global affiliates and heading up its media arm.

Only officials and experts contend that as strange as an alliance might seem between a Shia regime like the one in Iran and a Sunni terror group like al-Qaida, the evidence is clear.

“This relationship is real and goes back many years,” Thomas Joscelyn, a senior fellow at the Foundation for the Defense of Democracies, told VOA. “There's a whole long history of State Department and Treasury Department designations and official statements.”

“Basically, Iran keeps tabs on what al-Qaida does,” he said. “If al-Qaida crosses the line to commit attacks inside Iran, tries to recruit, something along those lines, they [Iran] basically snap back into place and sort of crack down.”

Only Joscelyn is wary of calling Iran a home base for al-Qaida.

“It's a little more complicated than that,” he said. “They have a distributed sort of leadership platform … they're not only in Iran. They're also in other countries, as well.”

Some U.S. intelligence officials have likewise been cautious, describing the relationship as uneasy, noting Iran and al-Qaida use each other to advance mutual goals when convenient.

That assessment seems to be supported by letters recovered from the raid that killed former al-Qaida leader Osama bin Laden in May 2011.

“Iran is our main artery for funds, personnel, and communication, as well as the matter of hostage,” bin Laden wrote in a 2007 letter declassified by the U.S. Central Intelligence Agency. “There is no need to fight with Iran, unless you are forced to.”

An unsigned al-Qaida report from the same year said Iran offered the terror group’s fighters, “money and arms and everything they need, and offered them training in Hezbollah camps in Lebanon, in return for striking American interests in Saudi Arabia.”

Other documents, though, indicated bin Laden worried about betrayal, referencing what he called “tyrant prisons,” while warning his sons the government in Tehran could not be trusted.

“Remember any questionable action or observation in any hospital in Iran,” he wrote. “If they inject you with a shot, this shot might be loaded with a tiny chip.”

Like some of their U.S. counterparts, international counterterrorism officials are also reticent to proclaim Iran is al-Qaida’s new base of operations.

They note that while rumors persist regarding the demise of current al-Qaida leader Ayman al-Zawahiri, the most recent intelligence placed him in Afghanistan. And they note that the relationship with the Afghan Taliban continues to be one of the most important to core al-Qaida leadership.

U.S. military commanders have also noted the enduring bond between al-Qaida and the Taliban, despite pledges by Taliban leadership to break ties with the terror organization.

#Taliban taking on #alQaida? "I am less optimistic" per @CENTCOM's Gen McKenzie "That's something that they are going to have to demonstrate"
"That has not yet been demonstrated" he adds

Still, Pompeo Tuesday, said it is the al-Qaida operations in Iran that pose the greatest threat.

“Unlike in Afghanistan, when al-Qaida was hiding in the mountains, al-Qaida today is operating underneath the hard shell of the Iranian regime’s protection,” he said. “This axis poses a grave threat to the security of nations and to the American homeland itself.”

And some former U.S. intelligence officials agree the risk of the ongoing al-Qaida presence in Iran cannot be understated.

“Iran could have turned over the leadership to their home countries. Iran could have expelled that facilitation node and it did not,” Norman Roule, a former national intelligence manager for Iran, told VOA. “It correctly calculated the international community wouldn’t do anything about it.”

As a result, Roule said, a growing number of al-Qaida leaders and operators have come to see Iran as a safe haven, and one that they will eventually use to their advantage.

"If we fail to neutralize this presence, we risk another al-Qaida attack against America, Americans, or our partners,” he said.

VOA's Cindy Saine and  Matt Hilburn contributed to this report. 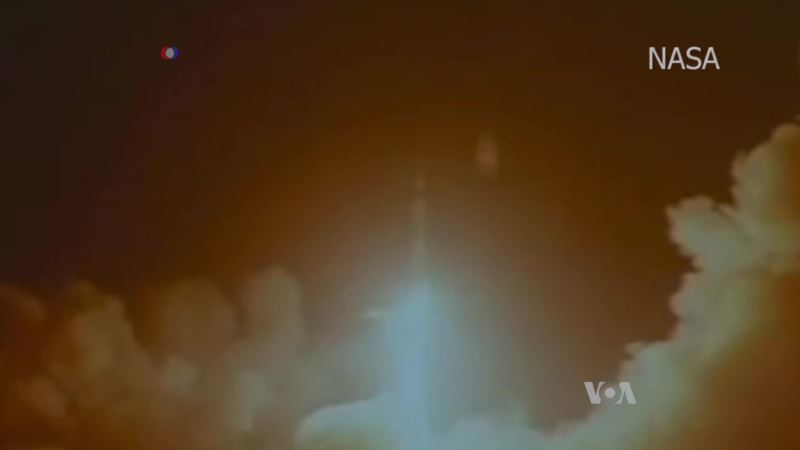 To Get to Mars, Head for the Moon 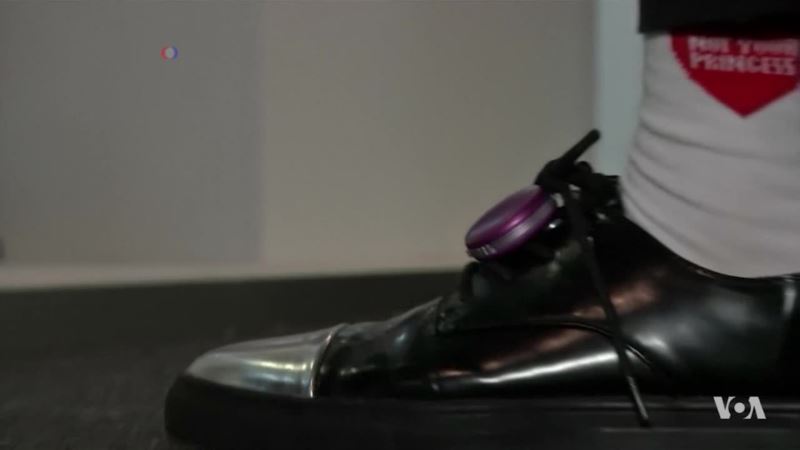 Smart Shoes Provide the Right Beat for Health and Safety