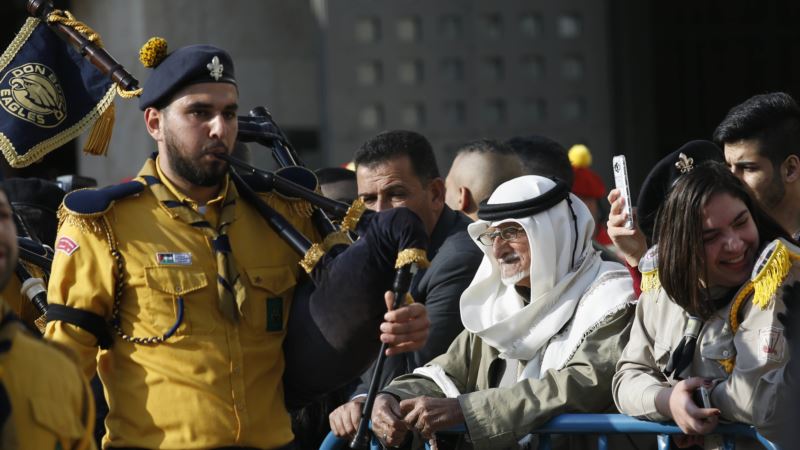 Palestinian boy and girl scouts kicked off Christmas celebrations in the West Bank town of Bethlehem with a festive march through Manger Square. The marchers carried Palestinian flags as they passed a giant Christmas tree decked out in gold, in front of the ancient Church of the Nativity. Pilgrims from around the world watched the outdoor festivities, while inside the 4th century church, they waited on long lines to visit the Grotto of the Nativity where tradition says Jesus was born. Visitors walked down a narrow cobblestone stairway into the crowded, stuffy cave, its ceiling blackened from the smoke of oil lamps burning over the centuries. “It was very emotional and there is such an anointing actually on that spot,” said Bethany Walker of South Africa, who wept when she stood in the holy place. “It’s as if you can take that little baby’s hand and just receive Him and say, ‘Welcome in this world.’” “It’s a wonderful feeling, the place is very holy; it’s where Jesus was born and I feel blessed,” said Francis Agcang, who came from the Philippines. “The feeling of blessing surrounds you, it fills your spirit and everything is cleansed.” Sacred space For believers, the grotto connects the Christian faithful, from the distant past to the present. “What is really important is to put your footsteps in the steps of the pilgrims who have been coming here for centuries from all over the world,” said Brother Oliver Catel, a Catholic monk from France. “The place is sacred because so many people came here to worship. It’s really the experience of the Church coming to worship Jesus, this baby who came to save us.” In the Holy Land, religion and politics are never far apart. For the Palestinian Authority, which hosted the event, it was another Christmas under Israeli occupation. But Bethlehem Mayor Vera Baboun insists that it is still a merry Christmas. “We pray for peace, not only for us who lack peace, but we pray for the whole world,” Baboun, the first female of mayor of the city, told VOA. “And what is the message of Bethlehem originally? It’s about peace, it’s about love, it’s about hope.” Biblical journey While it is a biblical journey for pilgrims, it is impossible to escape the current realities of the Israeli-Palestinian conflict. In order to travel from Jerusalem to Bethlehem, visitors have to cross through Israel’s border wall at the entrance to the city. The “security barrier,” as the Israelis call it, was erected more than a decade ago to stop Palestinian suicide bombers from infiltrating the Jewish state. “It’s upsetting to see people that don’t have access to everything — [on] both sides,” said Maria Ireland, who is from the U.S. state of Maine. “People can’t come here [to Bethlehem] from Israel; Palestinians can’t go to Israel without permits. So it’s sad to see a special land like this that people love so much, so divided.” Baboun charges that the wall has turned Bethlehem into a “big prison.” “For a sustainable solution [to the conflict], no one can bring peace by building walls,” she said. “[That is] impossible.” In the spirit of the season, though, people in this little town still hope for better days. “We Palestinians, 80 percent of us, are pro-peace,” said tour guide Hisham Kamish. “So we want peace, we want to live side by side with Israel, and this is all that we want.” 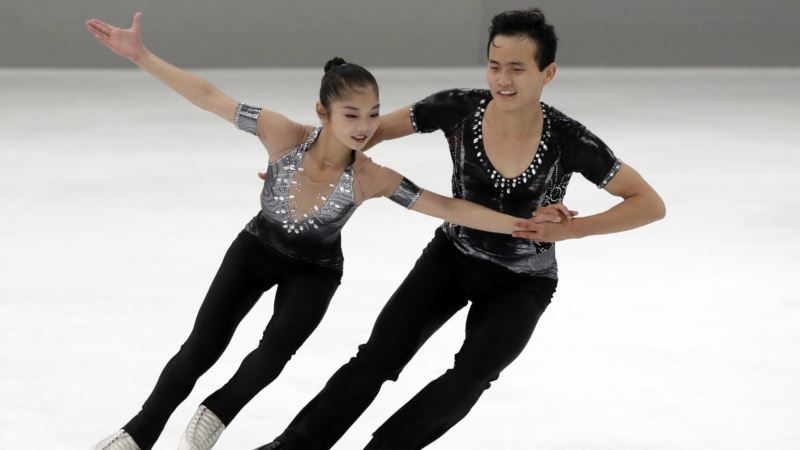