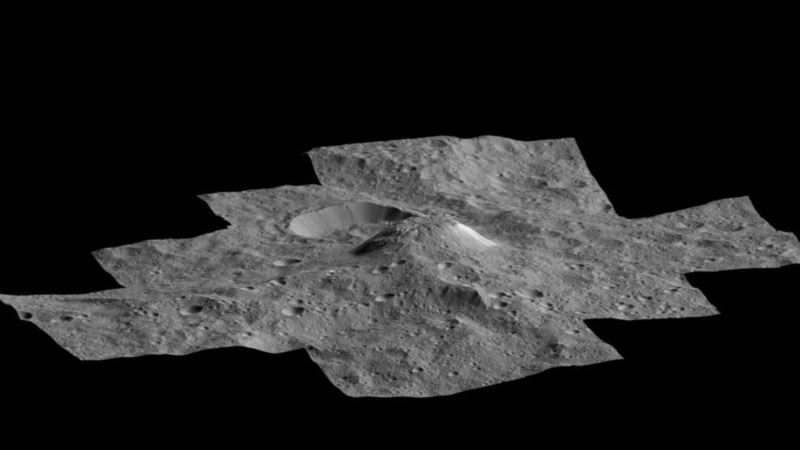 A lone mountain on the dwarf planet Ceres could be an extinct volcano. Only this volcano, dubbed Ahuna Mons, didn’t spew molten rock, but instead likely “breathed” ice and mud, a so-called cryovolcano. "Ahuna Mons is evidence of an unusual type of volcanism, involving salty water and mud, at work on Ceres," said Ottaviano Ruesch of NASA's Goddard Space Flight Center, Greenbelt, Maryland and the Universities Space Research Association. "Geologic activity was discussed and debated among scientists: now we finally have observations testifying to its occurrence." While no longer active, NASA says the volcano looks to be relatively young. Particularly, NASA notes that volcanism on a dwarf planet is a “surprise” because Ceres is made of salts, muddy rocks and ice whereas most volcanic bodies are mostly rocky. Ceres is about the same width as the U.S. state of Texas, NASA said. "The Ahuna Mons cryovolcano allows us to see inside Ceres," said Ruesch. "The same process might happen on other dwarf planets like Pluto." Ruesch is lead author of a paper on this research appearing Friday in the journal Science. The NASA team came to their conclusions about Ahuna Mons by using data from the Dawn space probe, citing evidence that it resembles volcanic domes seen elsewhere in the solar system. “For example, the summit of Ahuna Mons has cracks like those seen in volcanic domes when they expand,” NASA said in a news release. “Also, the slopes have lines that resemble those formed by rockfalls, and the steep flanks surrounding the dome could be formed by piles of debris.” NASA further described the Ahuna Mons as “young” because of the “sharp, fine features” that tend to fade over time. It is also fairly narrow with steep slopes, indicating relative youth. Also, surface of the volcano is bright, another indication of youth as surfaces tend to darken as they’re exposed to radiation and meteoroid impacts. "We're confident that Ahuna Mons formed within the last billion years, and possibly within a few hundred million years," said Ruesch, adding that the age of the solar system is about 4.5 billion years old. All of this leads researchers to say that Ahuna Mons is unlike anything that has been spotted in the solar system thus far. "There is nothing quite like Ahuna Mons in the solar system," said Lucy McFadden of NASA Goddard, a co-author on the paper. "It's the first cryovolcano we've seen that was produced by a brine and clay mix. "Ceres, which orbits between Mars and the gas giant Jupiter, is interesting because it appears to be a transition object – it's not completely rocky, but it's not an ice world either,"she added. 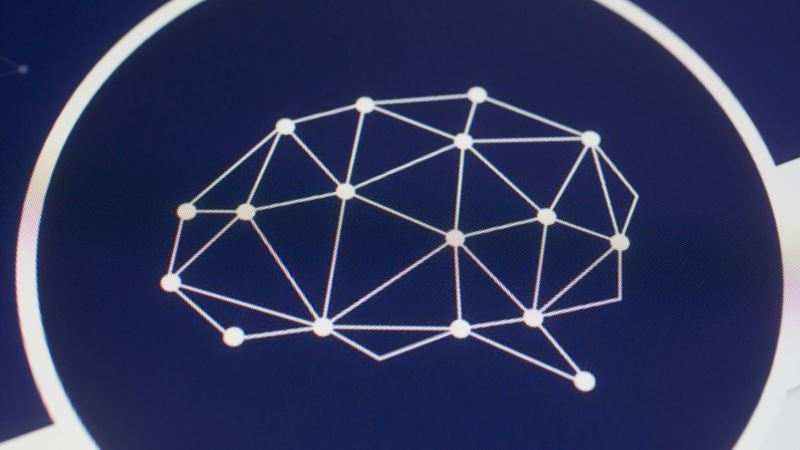