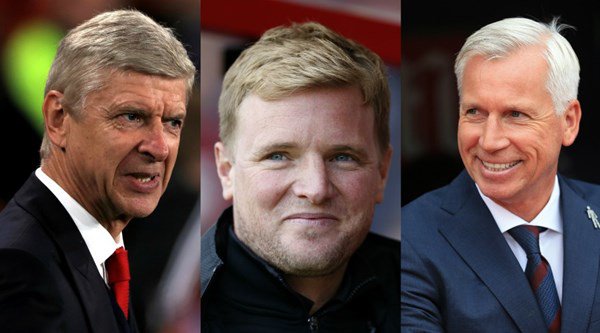 Sam Allardyce’s shock exit as England manager has left a void to fill which many see as prestigious, but others cursed – but what do the contenders think?

Gareth Southgate will take charge for the Three Lions’ next four games but the FA is looking for a long-term successor to be instated by the end of the year.

Here’s what the top contenders have to say about the job.

That’s a big prediction. There’s no doubt Wenger is a top manager though, so what does he have to say about it?

“It was a huge surprise what happened to Sam Allardyce,” said the Arsenal manager. “Who could have predicted that 48 hours ago? Nobody. The game’s always full of surprises.”

For many fans Wenger is their selection of choice.

Wenger is the best guy for the england job

Arsene Wenger will be the England Manager in the 2018 World Cup in Russia & he will win the tournament. U got it first from me on 29thSep16!

At only 38, Bournemouth manager Eddie Howe has already proved to be a manager of quality, keeping Bournemouth in the Premier League without sacrificing the dynamic and attractive footballing style that granted them promotion in 2015.

But is the England job coming just too soon for Howe?

“They chose Sam as their man to lead them forward and I think he was the right choice so I think it is really sad for English football,” said Howe.

Do like Eddie Howe & think he'll be right man for England in time. Fear, though, that taking big job like this too soon would ruin him.

“It is the players that will suffer.

“I think I have said in many interviews that the England job is the ultimate job. It’s all hypothetical of course but I could not turn my back on this club. I want to show loyalty to the people who have employed me, the same loyalty that they showed me.

“It sounds arrogant but I’m not interested in the job now but you never know what will happen in the future.”

Coleman has become a hero in Wales, and indeed across Britain, for the sterling work he has done with the Welsh national team – taking them to the semi-finals of Euro 2016. Might he fancy crossing the border?

“My answer would be a big fat ‘no’,” said Coleman. Pretty conclusive then.

“I think the next England manager should be an Englishman,” Coleman continued. “I don’t think it should be someone from overseas – I don’t care what his record is. Why should England look further afield? Are they going to be with Gareth (Southgate), Brucey (Steve Bruce) or whoever they are going to go with? That’s where they should be looking.

“Certainly not a Welshman. Well, not this Welshman, anyway. England should look at what they’ve got. There are good English managers there, and that is where they should be looking.”

The Crystal Palace boss is a seasoned English manager in the Premier League with West Ham and Newcastle also on his CV. Some people reckon he would love the job too…

So what does he think?

“Eddie Howe said it was the pinnacle for any Englishman’s career, I agree with that,” said Pardew. “I’m so lucky to have this football club where it is right now, the chairman and I have a great relationship.

“They have shown me great faith and I have a good team I have a good feeling about. This football club at this time is where I want to be. It holds a special place for me as I played here, that is where my focus is entirely right now.”

What if the FA decides not to twist, sticking with the caretaker manager? Not everyone is convinced though.

Big Sam should of kept his job. England stand no chance with Southgate.

When you hear Gareth Southgate has been named temporary England manager…pic.twitter.com/9O9A9pBYA3

Perhaps people shouldn’t be too hasty with their criticism though. The former Middlesbrough manager is endorsed by former England international Michael Owen, who said it would “take a brave man” to take the England job off him should he win all four games in charge.

Southgate said he had no interest in succeeding Roy Hodgson after England’s shock defeat to Iceland at Euro 2016 ousted the former Fulham man. As for the Allardyce situation?

“It’s obviously been a difficult situation for the FA, but it was important that there was some stability and continuity for everybody,” said Southgate. “From my point of view, it was important to step forward and give us the best possible chance to win these games.

“I’m looking forward to the challenge and I’m confident that we can get good results. We have an excellent group of players.”

For now Southgate is the bookies’ favourite to get the job on a permanent basis, and if he can win his four games he’ll be a pretty safe bet… 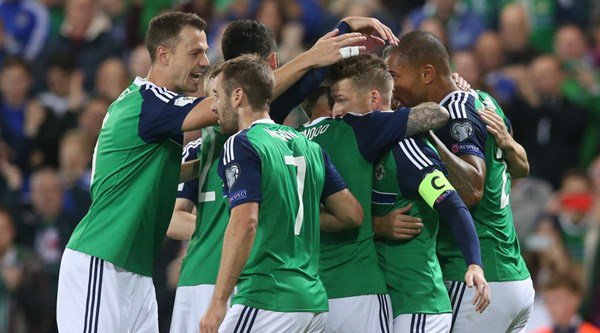