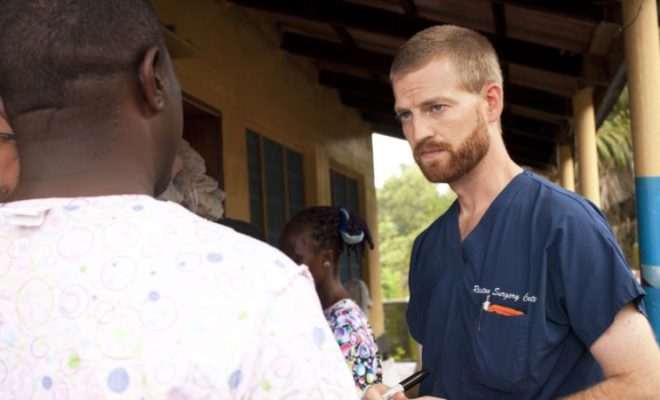 US Doctor Who Survived Ebola Back to Practicing Medicine

A doctor who survived Ebola after contracting the virus while treating patients in Liberia has quietly returned to practicing medicine in Fort Worth. Dr. Kent Brantly, who resumed practicing family medicine about a year ago, now works at JPS Health Network, according to the Fort Worth Star-Telegram. He sees patients, teaches family medicine residents, and works one day a week in labor and delivery at John Peter Smith Hospital. He said some patients have recognized him and have brought up his battle of more than two years ago. Brantly also said all of the responses had been positive and that many had told him they prayed for him. "I have patients in the clinic occasionally who say, `Where do I know you from?' or "I've seen you on TV,' " the 35-year-old Indiana native said. He became the face of Ebola for many in the United States, writing a book, appearing at the White House, speaking around the country and gracing the cover of Time magazine. His experience in Liberia, where he worked for nine months as a doctor for the Christian relief agency Samaritan's Purse, has helped shape his outlook for treating patients locally and around the world. At one point, Brantly thought he was going to die after contracting the virus in July 2014. More than a week into getting sick, he received the experimental drug ZMapp. "I had a pretty dramatic response to that first dose," Brantly said. "I was in that position of struggling to breathe, thinking I'm going to die of respiratory failure in the next few hours, to being stable that night — not better but stable —and I was evacuated the next day." He would continue to get better after being flown to Emory University Hospital in Atlanta. Brantly said his health is fine now and that he draws on his experience in Liberia to teach the message of caring for others — especially "choosing compassion over fear." Robert Earley, president and chief executive officer of the JPS Health Network, said, "I could not have any greater respect for doctors like Dr. Brantly, not only for their humanitarian efforts, but for the medical knowledge they bring back to JPS."