In his final day of campaigning, U.S. President Donald Trump warned of post-election violence due to a Supreme Court decision to allow extended ballot counting in what may be the pivotal state of Pennsylvania.

Polls show former Vice President Joe Biden with a slight lead in the state where mail-in ballots, expected to favor the Democrats, might not be tabulated for days following Tuesday’s election.

In between his Monday rallies in Traverse City, Michigan, and Kenosha, Wisconsin, Trump tweeted that extended counting of such ballots in Pennsylvania “will allow rampant and unchecked cheating and will undermine our entire systems of laws. It will also induce violence in the streets. Something must be done!”

The Supreme Court decision on voting in Pennsylvania is a VERY dangerous one. It will allow rampant and unchecked cheating and will undermine our entire systems of laws. It will also induce violence in the streets. Something must be done!

Following the president’s tweet, Biden was asked by reporters about Trump’s warning of violence in the streets.

“I’m not going to respond to anything he has to say,” replied the Democratic Party nominee before boarding his campaign jet back home to Delaware. “I’m hoping for a straightforward, peaceful election and a lot of people showing up.”

Kathy Boockvar, secretary of the Commonwealth of Pennsylvania, appearing on CNN, denounced the president’s tweet and said the state’s voting infrastructure was secure against fraud.

“I have no idea what he’s talking about, but to say anything about inciting violence is completely inappropriate,” said Boockvar.

At his Kenosha rally, Trump said “that’s a very, very dangerous decision by the Supreme Court. I guess it was a political decision.” He expressed hope the justices would change their ruling.

Federal Bureau of Investigation Director Christopher Way told lawmakers in September the U.S. has not seen "any kind of coordinated national voter fraud effort in a major election, whether it's by mail or otherwise."

Trump on Sunday denied media reports that he has told confidants he will declare victory election night even if the Electoral College outcome is unclear.

Trump’s predecessor, Barack Obama, campaigning on Biden’s behalf Monday in Miami’s Little Havana, said “that’s not something that a leader of a democracy does. That’s something a two-bit dictator does.”

Biden said of Trump at a midday drive-in rally in Cleveland, Ohio. “The character of America is literally on the ballot.”

Discussion of issues during the campaign has been largely overshadowed by the two candidate’s personal attacks on each other and the coronavirus pandemic.

The president, earlier on Monday in North Carolina, emphasized an economic recovery amid the pandemic, promising “we will mass distribute the vaccine within a few short weeks.”

Health officials, including those in Trump’s administration, predict most Americans are unlikely to be inoculated against COVID-19 before early or mid-2021.

Trump, at the first of Monday’s five rallies in four states, said his challenger, if elected, “will turn America into a prison state” through lockdowns to combat the virus.

Biden said in Cleveland that “the first step to beating the virus is beating Donald Trump.”

The coronavirus has killed more than 231,000 people and infected nearly 9.3 million in the United States, the most of any country in the world, according to Johns Hopkins University.

National polls show the former vice president with about an eight-point lead, but the race is significantly tighter in the swing states that will decide the victor.

The common stop on the Monday itineraries of both Biden and Trump was Pennsylvania, the eastern U.S. state that Trump won in 2016.  The winner of Pennsylvania earns 20 of the 270 electoral votes a candidate needs to earn a four-year term in the White House.

Trump on Monday held a rally at the Wilkes-Barre Scranton International Airport, while Biden addressed supporters at three socially distanced drive-in events in the state.

“We all know that this could come down to Pennsylvania. … Vote like your life depends on it. Vote like your children's lives depend on it, because they do,” Lady Gaga said in Pittsburgh before taking a seat at the piano and singing several songs interspersed with appeals for Pennsylvanians to vote for Biden.

Trump is ending his campaigning with a late evening rally in Grand Rapids, Michigan, a replay of his 2016 finale in a state Hillary Clinton was expected to win.

Results from Election Day will not be official until weeks later. The deadlines vary by state, with a few reporting within a week but many not requiring final results to be reported until late November or early December.

Most years, the winner is clear before the official results with media organizations making projections based on tabulations from individual voting precincts.

This year a record number of people have cast early ballots — nearly 99 million— and with many of those coming by way of mail-in ballots due to concerns about the coronavirus, the counting in some states could be slower than usual. 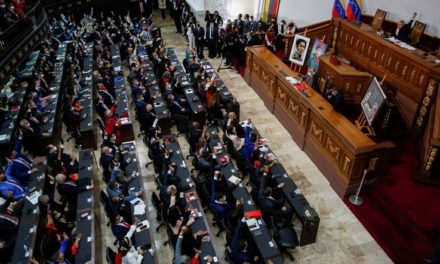