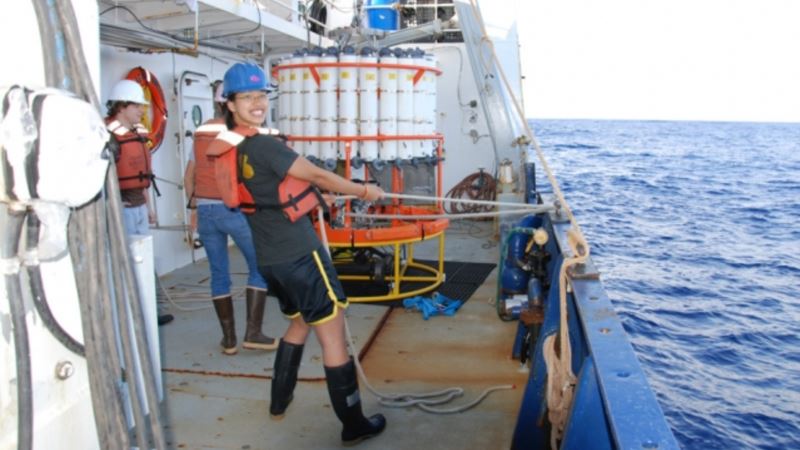 Scientists have known for a while that the world's oceans play a big role in the climate because they absorb carbon dioxide, both naturally occurring and the carbon we put in the atmosphere through burning fossil fuels. But some new research is sounding the alarm about what all that carbon is doing to the oceans. How much carbon is too much? The new findings were researched by scientists from the Massachusetts Institute of Technology (MIT) and the Woods Hole Oceanographic Institution and published in the Journal of Geophysical Research: Oceans. Lead scientist Sophie Chu from MIT and her team went into the Northeast Pacific initially to test how carbon in the water was affecting pteropods, animals like free-floating sea snails and sea slugs. They chose this area because, according to Chu, it is the end of the world's ocean circulation system and contains a lot of the ocean's naturally occurring carbon. “This puts the Pacific at this already heightened state of high carbon and low pH,” Chu says. The lower the pH, the more acidic the water. Her team's concern was that excessive carbon and higher acidity in the oceans could be lowering the amount of a mineral called aragonite, which is essential for many marine species’ shells. They found that it was, which is bad news for the pteropods. But their work also allowed them to see just how much human-created carbon dioxide was being absorbed by the ocean. Good news, bad news And when they ran those numbers they found that up north, the amount of carbon dioxide being absorbed the ocean was rising, at roughly the same rate humans are pumping it into the atmosphere, called anthropogenic emissions. “The ocean has been the only true sink for anthropogenic emissions since the Industrial Revolution,” Chu says. “Right now, it stores about one-quarter to one-third of the anthropogenic emissions from the atmosphere." The good news is that her work suggests that the ocean can, for the moment, continue to absorb some of the excess carbon we are pushing into the atmosphere. But Chu notes, it can't keep doing that forever. “It would take hundreds of thousands of years for the ocean to absorb the majority of CO2 that humans have released into the atmosphere,” she says. “But at the rate we’re going, it’s just way faster than anything can keep up with.” And that means at some point, the oceans will hit capacity. "We’re expecting at some point, the storage will slow down," Chu says. "When it does, more carbon dioxide will stay in the atmosphere, which means more warming. So it’s really important that we continue to monitor this.” 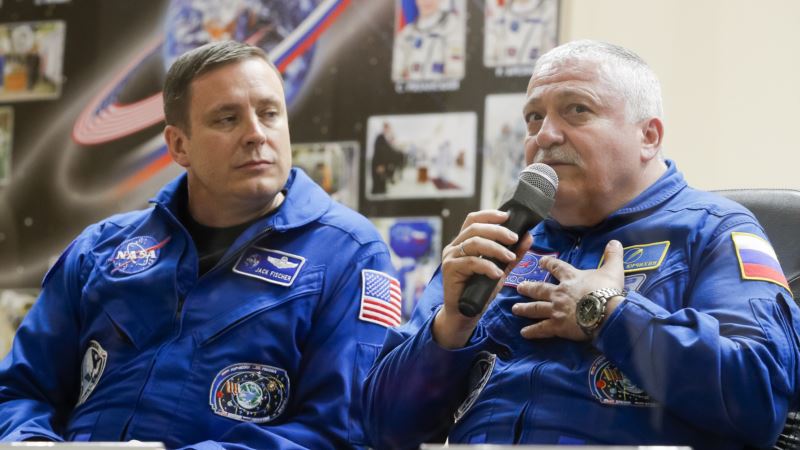 U.S.-Russian Crew Blasts Off for Space Station With One Empty Seat