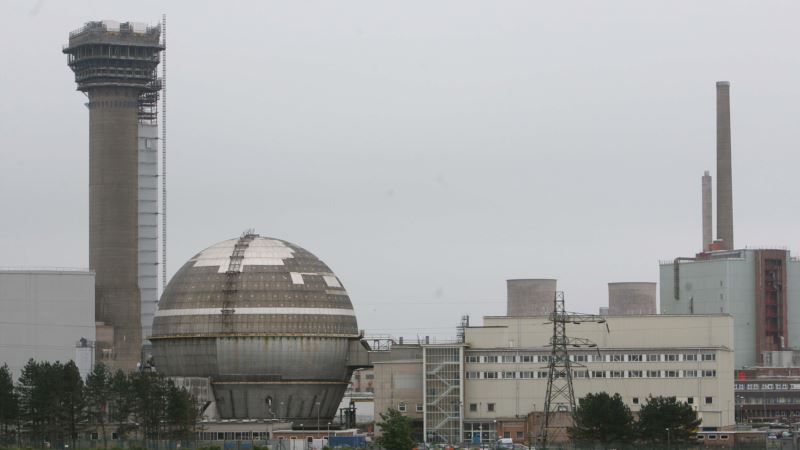 A range of mini-nuclear power plants could help solve Britain's looming power crunch, rather than the $24 billion Hinkley project snarled up in delays, companies developing the technology say. So-called small modular reactors (SMRs) use existing or new nuclear technology scaled down to a fraction of the size of larger plants and would be able to produce around a tenth of the electricity created by large-scale projects, such as Hinkley. The mini plants, still under development, would be made in factories, with parts small enough to be transported on trucks and barges to sites where they could be assembled in around six to 12 months, up to a tenth of the time it takes to build some larger plants. "The real promise of SMRs is their modularization. You can assemble them in a factory with an explicable design meaning consistent standards and predicable costs and delivery timescale," said Anurag Gupta, director and global lead for power infrastructure at consultancy KPMG. In a nuclear power plant, heat is created when uranium atoms split. Different reactor designs use this heat in different ways to raise the temperature of water and create steam, which then powers turbines to produce electricity. Manufacturing advancements mean SMR developers are only a few years from being able to replicate this technology on a smaller scale, and plants could be ready for deployment by the mid-2020s. "From a technical perspective there is no reason why you wouldn't be able to make a smaller version of an already commercially viable nuclear technology such as PWR (pressurized water reactor)," Mike Tynan, director of Britain's Nuclear Advanced Manufacturing Research Centre (NAMRC), said. There are already more than 100 nuclear plants using PWR technology in operation across the globe. NuScale, majority owned by U.S. Fluor Corp, is developing 50 megawatt (MW) SMRs using PWRs which could be deployed at a site hosting up to 12 units generating a total of 600 MW. The 50 MW units would be 20 meters (65 feet) tall, roughly the length of two busses, and 2.7 meters (9 feet) in diameter. Rolls-Royce, which already makes components for PWR nuclear submarines, is part of a consortium developing a 220 MW SMR unit which could be doubled for a larger-scale project. Rolls-Royce Chief Scientific Officer Paul Stein said the first 440 MW power plant would cost around 1.75 billion pounds ($2.3 billion) but costs would likely fall once production is ramped up. "One of the advantages of the SMRs is that they cost a lot less (than large nuclear plants), and it is an easier case to present to private investors," Stein said. Costs, viability questioned Critics, however, say there is no guarantee that SMR developers will be able to cut costs enough to make the plants viable. "SMR vendors say factory production will save a lot of money, but it will take a long time and a lot of units to achieve what they are calling economies of mass production," said Edwin Lyman, nuclear expert at the U.S.-based Union of Concerned Scientists (UCS). "Factory manufacture is not a panacea. Just because you are manufacturing in a factory, it doesn't mean you are certain to solve problems of cost overruns," he said. Costs are a sensitive issue and could have played a part in Britain's decision to review the $24 billion project to build the two new Hinkley Point nuclear reactors led by French utility EDF and Chinese partner China General Nuclear. Almost half of Britain's electricity capacity is expected to close by 2030, as older, large nuclear plants come to the end of their operational lives and coal plants shut as part of the country's efforts to meet its climate goals. The two new reactors at Hinkley Point are supposed to provide around 7 percent of Britain's electricity, helping to fill that supply gap. Nuclear developers are confident SMRs could be up and running by the late 2020s, in time to help bridge the looming electricity supply shortfall. A study carried out by the National Nuclear Laboratory, a government owned and operated advisory body, said Britain could host up to 7 gigawatts (GW) of SMR capacity by 2035, more than double the capacity of Hinkley. But anti-nuclear green groups such as Greenpeace argue that with advances in renewable technology, such as offshore wind, Britain may not need any new nuclear plants. This week Britain approved Dong Energy's plans to expand an offshore wind farm project that could ultimately span an area of the North Sea more than twice the size of London and produce up to 4 GW of electricity, more than Hinkley Point. Nuclear power defenders say the intermittent nature of renewable electricity production and lack of grid-scale storage mean nuclear plants are needed to ensure continuous supply of power if the country is to meet its emission reduction targets. "Working alongside renewables, nuclear provides the reliable low carbon energy required to balance variable wind and solar generation," said Tom Greatrex, chief executive of the Nuclear Industry Association. Safety tests NuScale's UK and Europe Managing Director Tom Mundy said providing NuScale gets the necessary regulator approvals and partners its first SMRs could be running in Britain by 2026. All nuclear power projects need approval from Britain's Office for Nuclear Regulation (ONR), and its Generic Design Assessment (GDA), which tests the safety and design of new reactors and can take around two years to complete. The GDA is seen as the "gold standard around the world", KPMG's Gupta said. Nuclear power plants in Britain can also only be built on sites licensed by the government, and the first SMRs could be set up at existing nuclear plant sites or at licensed sites where older plants are being decommissioned. Britain said this year SMRs could play an important part in the country's energy future, and committed 250 million pounds to research, including a competition to identify the best-value SMR design for the country. NuScale, Rolls Royce and Toshiba Corp's Westinghouse were among 33 companies the government has identified as eligible for the competition. The Department for Business, Energy & Industrial Strategy has given no further details and had no further comment on SMRs. 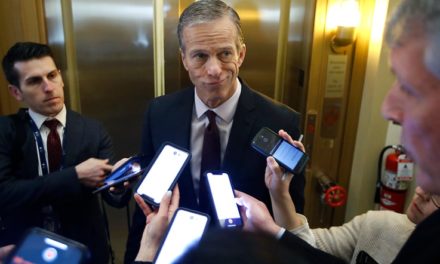 As Pandemic Rages Across US, Congress Scrambles to Reach Relief Deal 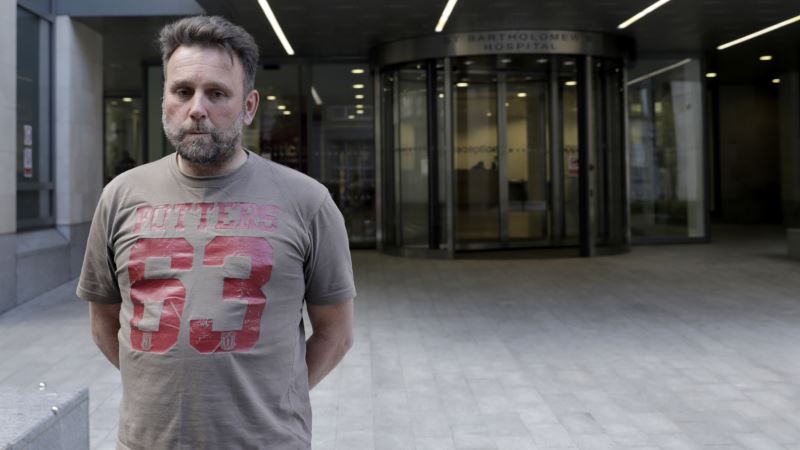 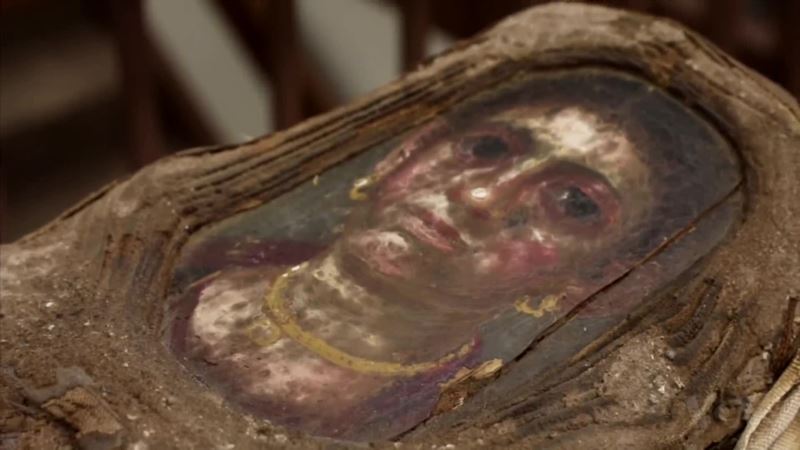 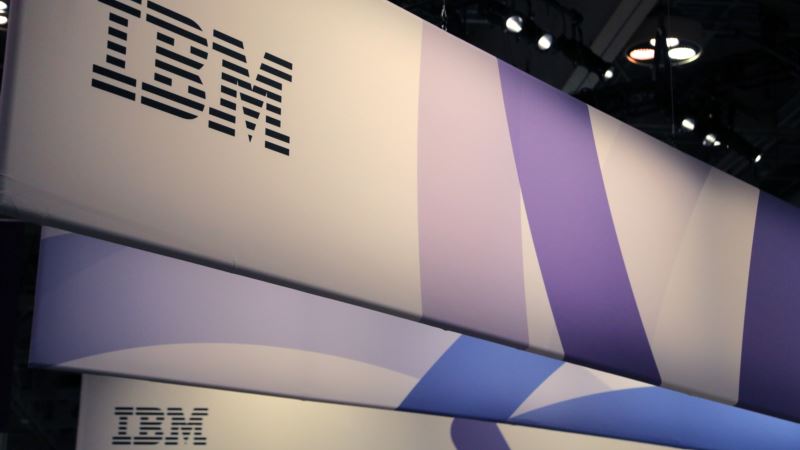