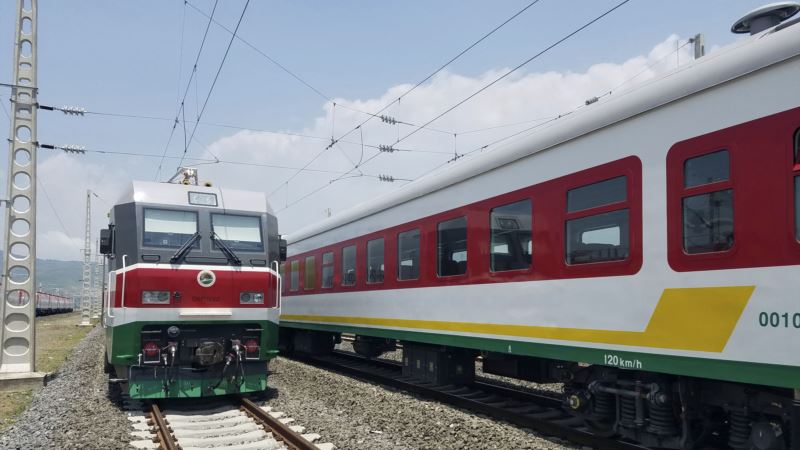 Earlier this month, the first train rumbled down the tracks of a $3.4 billion electric railway connecting landlocked Ethiopia with Djibouti and its access to the Red Sea. The 750-kilometer (466 miles) line, expected to carry up to five million tons of goods per year, promises to have a massive impact on the economies of both countries and the region at large. At the official launch of the project, Ethiopian Prime Minister Hailemariam Desalegn said its importance cannot be overstated. “This project is like our blood vessels,” he told a VOA Somali service reporter who was riding on the inaugural train. “The reason is because Ethiopia's outlet is through Djibouti. Therefore, this project determines if we can live or not live.” The project was 70 percent funded by a loan from China's state-run EXIM Bank and built by China Railway Group and Chinese engineers. Kenya railway line almost done It is the latest in China's massive infrastructure investment in Africa. A $13-billion railroad in Kenya, financed by the Export-Import Bank of China and built by the state-owned China Road and Bridge Corporation, is nearly complete. Other railway lines are planned to stretch into East African countries including South Sudan, Uganda, Rwanda and Burundi. Between 2000 and 2014, China made $24.2 billion in loans to finance transportation projects on the African continent, according to researchers at the China-Africa Research Initiative, a group at the Johns Hopkins School of Advanced International Studies focusing on China-Africa relations. Eighty percent of those loans were for roads and railways. China eyes African ports Experts say Chinese infrastructure investment in Africa is not about altruism. Funding railways benefits China by connecting ports and facilitating the movement of raw commodities that are badly needed to fuel China's development. “East Africa, particularly the ports in Kenya, ports in Tanzania and especially ports in Djibouti, these are very important for the Chinese just for the exports,” says Jyhjong Hwang, a senior research assistant at Johns Hopkins' China-Africa Research Initiative. Hwang says that for China, these projects will take a long time to pay dividends. By contrast she said African economies are likely to see an immediate impact. “These are big transportation projects that will stimulate local economies, these are good for basic infrastructure,” she says. “This is good for local, loan recipient countries just because these projects have a lot of costs and not a lot of immediate financial return. “These are the projects that need a lot of financial infusion to begin with and obviously the financier has to be willing to want to take on a lot of risk, but willing to recuperate over a longer horizon.” Not a 'clear pattern' In 2016, the China-Africa Research Initiative published its database of all known loans made by China to Africa between 2000 and 2014. The countries that received these loans were not all resource-rich countries, researchers found. “When we talk about China and Africa and interests, people talk about natural resources, but one of our findings was that actually there isn't a clear pattern in terms of the amounts of loans to countries and how well endowed they are with natural resources,” says Janet Eom, a research manager at the China-Africa Research Initiative. Oil-rich Angola received the largest amount of funding, Eom says. But resource-poor Ethiopia came in second. ‘One Belt, One Road’ policy in Africa China views its investment abroad as part of its “One Belt, One Road” policy. Spearheaded by Beijing, this effort is a Chinese public-private partnership, Hwang says, “even though technically no company is truly private in China.” It aims to develop a modern “silk road” where goods and commodities can be easily transported between China and its surrounding region. Eventually, China says, it would like to shift labor-intensive industrial work to places like Africa. Local governments are aware a lack of infrastructure is a roadblock to international investment, Hwang says, and are eager to partner with China. “On the Chinese side, they want to have better investment opportunities in Africa, so if they don't have a railroad, they will help them build it themselves,” she said. China also has a large number of infrastructure contractors who need work, many of whom have close links to the ruling party or are state owned. The quality of the work has come under scrutiny, says Hwange. But, she added, “they are capable of doing [the work] very fast and very cheap, and they are able to find the financing for it …” Most laborers are African The Johns Hopkins researchers also found Chinese projects benefit African workers, the foremen and technicians tend to be Chinese while the manual laborers are generally African. There are concerns about the ability of African nations to pay back these loans, researchers found. This is particularly true in countries heavily reliant on oil revenue, which have seen the price per barrel slump in recent years. There are also concerns China may pull back its investment on the continent as it experiences an economic slowdown. But the recipient countries of this investment believe it is a win-win. 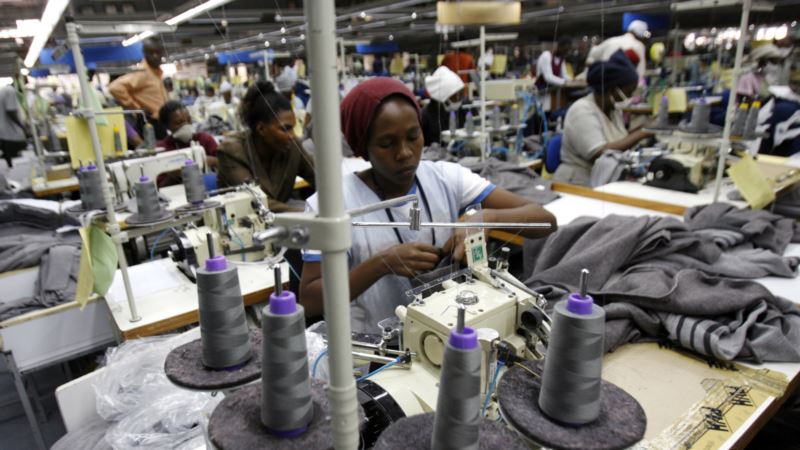 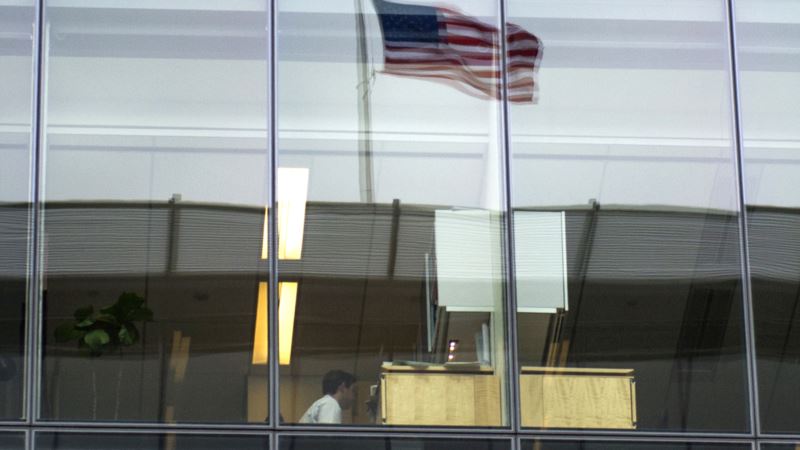 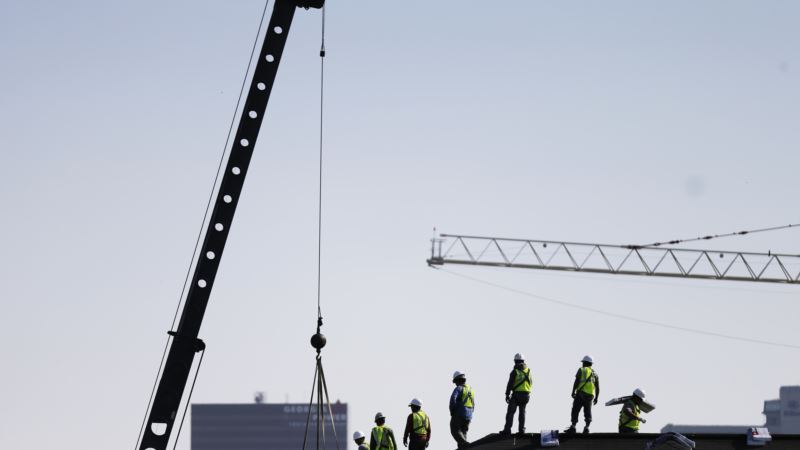 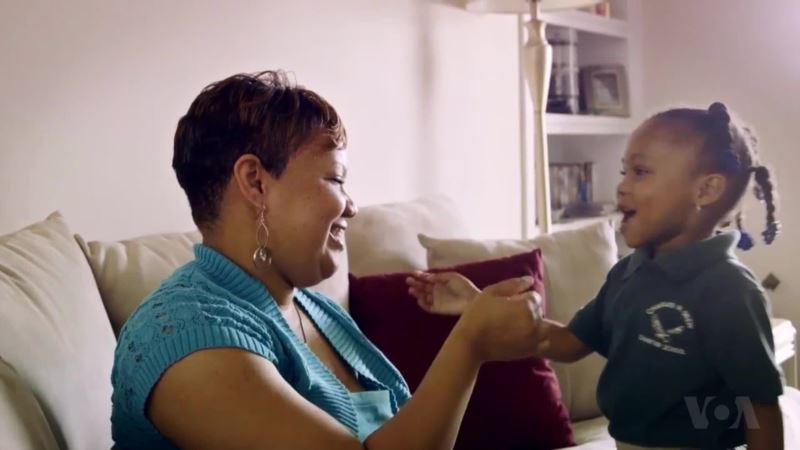