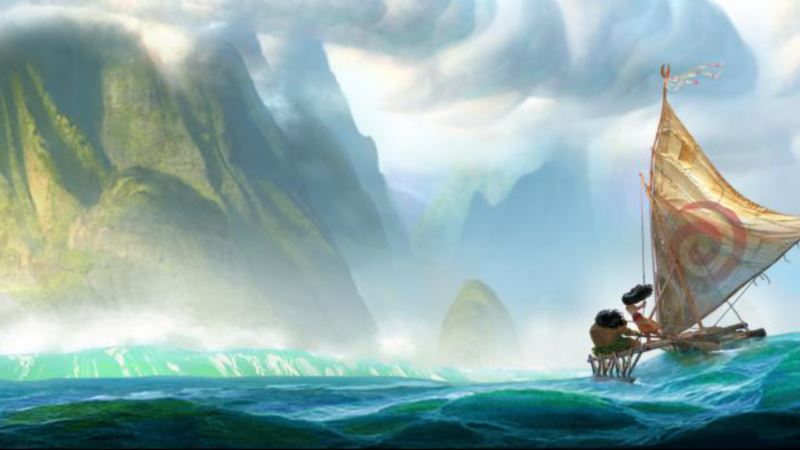 Disney’s latest animated movie, Moana, is riding a wave of popularity around the globe. It’s inspired by the folklore of the Pacific Islands. Scholars say for centuries, some of the ancient world's greatest navigators explored and settled the many islands of Oceania. But about 3,000 years ago, those voyages stopped for about a thousand years – and no one knows why. That’s where Moana, which means ocean in many Polynesian languages, begins… It tells the story of Moana, a young girl growing up on a fictional island in the Pacific. She is drawn to the sea, but her father forbids her to sail beyond the reef. However, when their food supply begins to dwindle and fish start dying, Moana sets sail into the open ocean to save her people by finding a demigod named Maui. The story is brought to life by a cast and crew that includes many artists from the Pacific islands. Native Hawaiian teenager, Auli’i Cravalho, is the voice of Moana, and Maui is voiced by Dwayne “The Rock” Johnson, who is part Samoan. Screenwriters (and twin brothers) Aaron and Jordan Kandell were born and raised in Hawaii. Reviving an ancestral skill, in fact and on film Wayfinding — navigating using only the stars, the ocean currents and other signs of nature as a guide – has a large presence in the movie. Maui teaches Moana the traditional skill so she can find her way to the island where she can restore the balance of nature and the life of her community. In portraying the ancient art, Aaron Kandell drew on his actual wayfinding training. He studied with master navigator Nainoa Thompson, who became the first Hawaiian in 600 years to master the art of Polynesian navigation. Kandell says the lessons he learned on the voyaging canoe Hokulea continue to guide him. "What Nainoa said is whatever you want to achieve… whether it’s literally sailing to an island, as Moana does in the movie, or if it’s, you know, getting your dream job or any goal that you have in life, you can reach it no matter how impossible or far away it seems, if you hold the island in your heart and in your mind." For Manulani Aluli Meyer, the lesson of the movie is aloha `aina, “return to land, so that we can care and be nourished, and nourished by land, from land, for land.” And the director of indigenous education at the University of Hawaii West Oahu is also pleased with the importance the story gives to Moana’s relationship with her ancestors and the ocean, pointing to one scene in particular. "When the kupuna (elder) said go into this blocked off cave and see who you are… and, you know you just saw the canoes, I cried at that ‘cause we are wayfinders,” Meyer said with a catch in her voice. “We go where nobody else has gone. We have sailed the open ocean when Europeans thought it ended. And I love the idea that we are wayfinding again, and that is pivotal, for our people, for my people in Hawaii. That we are finding ourselves by going outward to find our inward strength." A modern message Jordan Kandell says even though it is set in a remote part of Oceania, eons ago, Moana's story is a universal one. "As an American in a world in which we’ve had a first female try to break the glass ceiling in the highest office of our land, to tell a story for girls, for my own four-year old daughter, for women everywhere, that whatever you believe in, whatever you want, you can achieve… I think that message for today’s world only continues to be incredibly important and I think that’s what makes it timely." That message resonated with film-goers like 16-year-old Lauren Trujillo, who has a personal connection to the movie. "I loved it so much. Seeing my best friend Auli`i Cravalho be the voice of Moana, it was just real emotional for me and I’m so proud of her… I feel very empowered after watching it. I feel like I can do anything now." And the film is proof that message has power. Moana topped the box office for three straight weekends and has been nominated for two Golden Globe awards, including Best Animated Film.

House Votes to Open US Doors to Hong Kong Residents 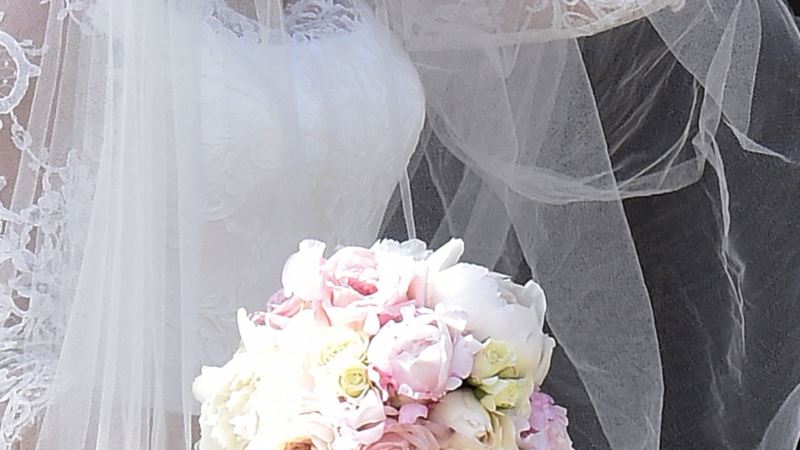