McCartney, Costello & the Album That Never Was 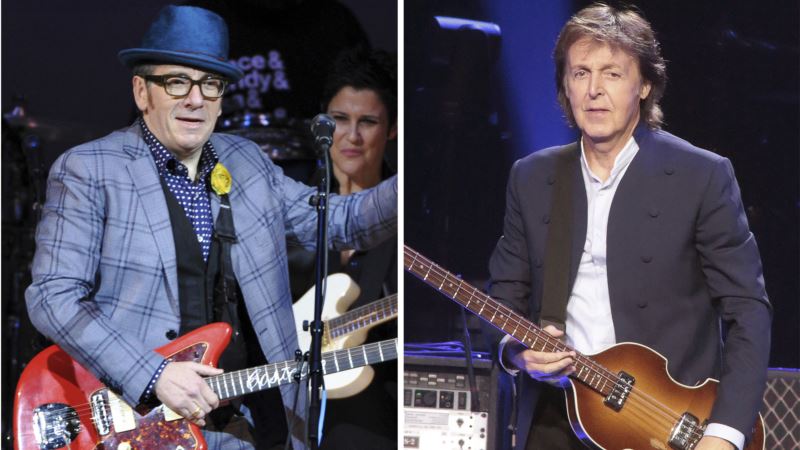 Paul McCartney's "Flowers in the Dirt'' box is as much an archeology project as a reissue, in which listeners can discover the bones of a landmark album that could have been made but wasn't. Two of the reissue's three audio discs are devoted to McCartney's songwriting collaboration with Elvis Costello in 1987 and 1988, which produced some 15 songs. Listening to the work, some of it first made available this week, it's hard not to wonder why they didn't make a duet album like Costello later did with Burt Bacharach. Instead, they decided not to alter their original plan. The mythical disc could have started with "My Brave Face'' and "Veronica,'' two of each man's biggest hits of the 1980s. And that was only the beginning. "Looking back, you could say that,'' McCartney told The Associated Press. "If we'd just done a few more of these demos, we could have made a crazy album. But we didn't. That was as far as we got.'' McCartney initiated the partnership at the suggestion of his manager. The former Beatle was looking for varied sounds, styles and producers as he began work on a new album. McCartney and Costello worked for a few weeks in a room above McCartney's studio in Sussex, England, where they'd write a song a day and immediately go downstairs to record it, sitting with acoustic guitars and singing together. "There were many echoes, working with Elvis and working with John [Lennon], because I know Elvis is a big Beatles fan,'' McCartney said. "He was a John fan, he wears glasses, he plays guitar right-handed.'' They're all from Liverpool, too. McCartney worked with Costello as he did with Lennon, two men with acoustic guitars sitting across from one another. With McCartney left-handed, it felt to him like looking into a mirror. "I think the key was not to turn up in short trousers with my Fan Club card sticking out of my top pocket,'' Costello said. "I'd been asked to write songs in 1987, knowing what I know, having done what I'd done for that whole 10 years, which seemed like a long time then. Paul knows what he's done and he knows I love him. "That said, you're bound to look up sometimes and think, 'Bloody hell, it's him!','' he said. In this week's reissue, one disc contains nine of those 15 songs, recorded the day they were written. Another disc features the same songs produced by the two men later with a band added, primarily sung by McCartney since it was his album, after all. To a certain extent, something is lost in translation. Take the song "Tommy's Coming Home,'' for instance. Inspired fun with McCartney and Costello singing together, the tempo slows and the song drags in the full band version. "I didn't realize until looking back later that these demos had a special groove and a freshness and, I think on a few of the recorded versions, we lost some of that freshness,'' McCartney said. "It gives an idea of the spontaneity of the writing. There's a time that you regret that we didn't just say, 'This is it, this is good enough.' Often when you don't think you're making the final record, you're a bit looser … I think some of those performances are better than the ones on the record.'' The two-man recordings "have a lot of charm and a good deal of cheek,'' Costello said. "You can almost hear us laughing at loud at what I call, 'the Mersey cadences.' It's in the blood. It's in the water. It's in him and it's got to come out.'' Since both are strong-willed men used to being in charge of their music, you'd have to wonder whether the easy creativity of the songwriting sessions would have lasted through the grunt work of making polished recordings. The two dismiss the suggestion that there would have been trouble, or that they would have needed another producer to referee. Costello said it wouldn't have been as much fun as producing it themselves. The songs they wrote were dispersed between the two men, or left on the shelf. Four were included on "Flowers in the Dirt,'' including the stately "That Day is Done'' and the call-and-response "You Want Her Too.'' Costello later recorded "So Like Candy'' and "Pads, Paws & Claws.'' Some demos creeped out through the years. "My Brave Face'' could have been as big as anything he and Lennon had written, McCartney said. His pride in some of the songs he had written without Costello is one reason "Flowers in the Dirt'' took shape the way it did. But you can hear another reason between the lines listening to him talk. Perhaps he didn't want to pull Costello into the weight of comparisons that he felt for all of his post-Beatles career. "Because John and I had such a successful collaboration and all the work we did was when we were young, often your first output like that can be your best,'' he said. "I wouldn't say it worries me, or I wouldn't continue to write. But I do get the feeling that it would have been very hard to come up to the standards of the ones I wrote with John, like 'It's Getting Better' or 'She's Leaving Home.''' Costello, for his part, doesn't look back with regret at the album that never was. He points to McCartney's reissue. "You could say, 'this is it,''' he said. "There's a whole disc of me and Paul singing together. What can you say about that?'' 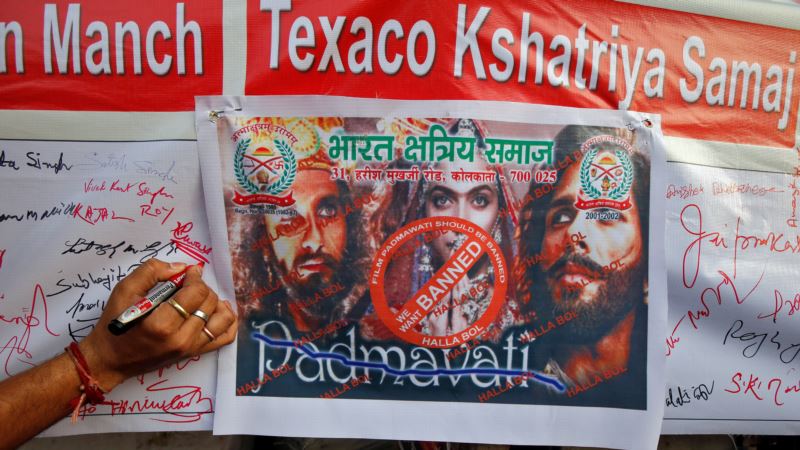 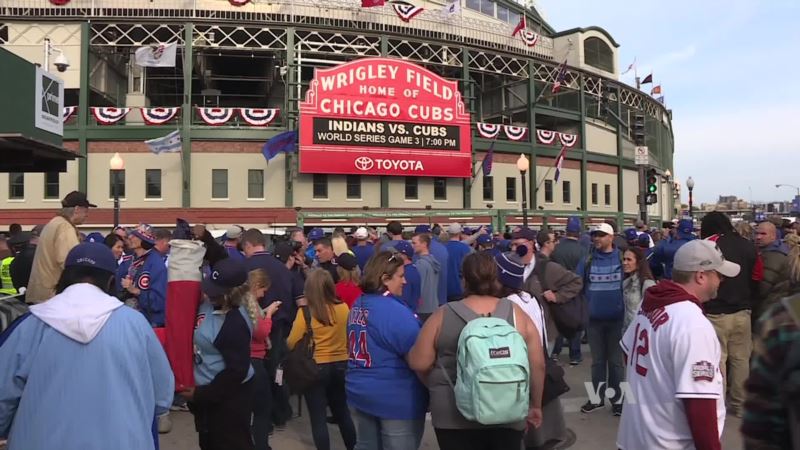 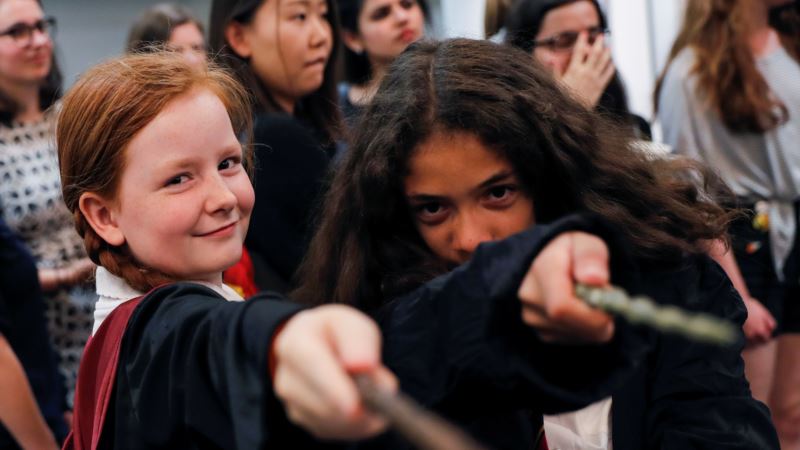 Hogwarts School Off to Flying Start in New Digital Experience 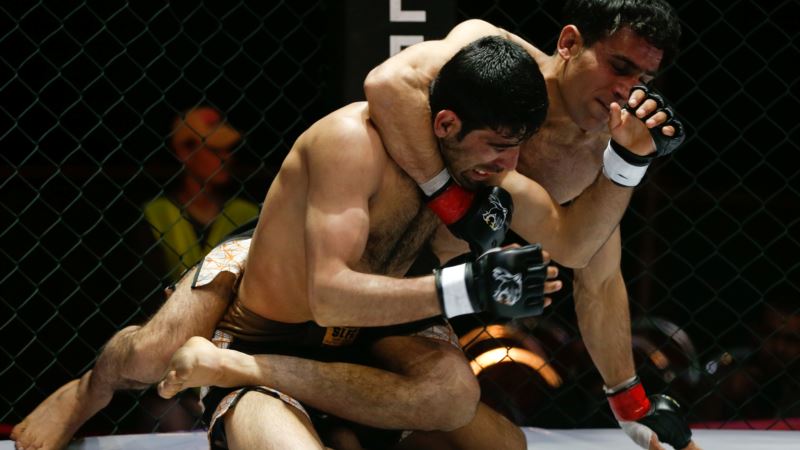