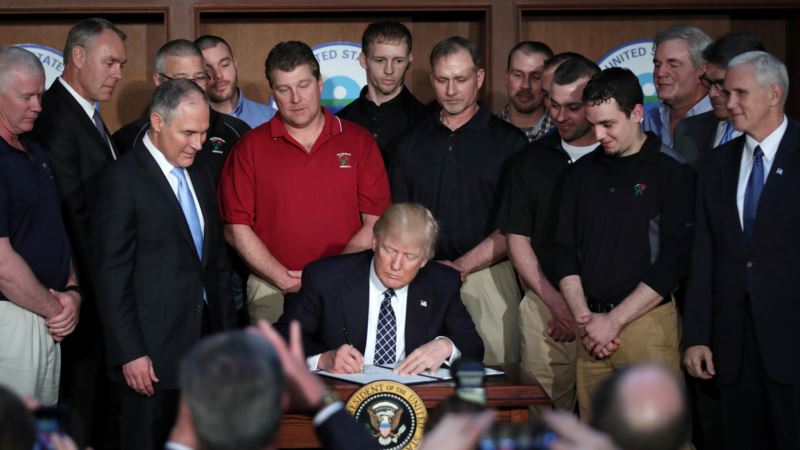 The executive order signed by President Trump shelves the Clean Power Plan, the signature Obama-era policy designed to combat climate change. But it also is a sweeping rollback of decades of U.S. policy regarding not only climate change but environmental protection, energy production and emissions. Pro-growth, pro-environment Trump repeatedly promised to overturn the plan during the campaign. At one point, he referred to climate change as a "hoax," but more generally the president has claimed that restrictive and punitive environmental regulations hurt the energy industry's ability to turn a profit, and that they cost jobs. Today's executive order lays out a White House strategy to get rid of any regulations that "impede" energy production. White House officials such as EPA Administrator Scott Pruitt have telegraphed this strategy for weeks, saying, "This is about making sure that we have a pro-growth and pro-environment approach to how we do regulation in this country." The Clean Power Plan already is on hold due to legal challenges, but if it had been implemented it would have forced U.S. power plants to significantly cut their emissions of planet warming greenhouse gases like carbon and methane. Here is a quick rundown of the main points of today's executive order. ♦ Initiate a review of the Clean Power Plan: Its goal was to lower U.S. carbon emissions from power plants by 32 percent over 2005 levels by 2030. The EPA estimates that would have kept 870 million tons of carbon pollution out of the atmosphere. The plan was the backbone of the U.S. contribution to the Paris Accords, which was a worldwide, non-binding agreement among 195 nations to keep the planet from warming more than an average of 2 degrees Celsius. ♦ Initiate a 180-day review among all U.S. agencies: The goal is to identify all regulations and rules that “impede” energy production. ♦ Lift the moratorium on federal coal leasing: In 2016, the Obama administration put a 3-year moratorium on new leases of federal land for coal mining. At the time, the administration said the program needed to be modernized to ensure U.S. taxpayers were getting a solid return on the money developers were paying for the land, and also to take into account the impact mining has on climate change. ♦ Rescind restrictions on hydraulic fracking: Current restrictions require drillers to use tanks instead of pits to store fracking wastewater, and to disclose the chemicals that are pumped into fracking wells to draw out the natural gas. ♦ Roll back federal regulations forcing energy companies to limit methane emissions from wells and pipes. ♦ New guidance on the National Environmental Policy Act: The NEPA is a law passed by Congress in 1970 and signed into law by a Republican president, Richard Nixon. NEPA required that federal agencies prepare environmental assessments and environmental impact statements on any new development. These reports state the potential environmental effects of proposed federal agency actions. The Obama administration included greenhouse gases on the list of things that could have a negative environmental impact. The executive order takes them back out. We'll see you in court Environmental groups already have vowed to challenge any backsliding on the part of the White House in regard to climate policy. They point to the fact that the U.S. Supreme Court has ruled three times that carbon dioxide is a pollutant and qualifies as a “threat” to human health. That gives the EPA not only the legal authority, but the responsibility, to regulate the emission of CO2. When VOA spoke with Tomas Carbonnel, the lead counsel for the Environmental Defense Fund, he said it is ready to challenge any rollback in court. "Once the administration undertakes this process," he said, "it will experience significant challenges in the courts and in public opinion if it attempts to roll back progress in that, that had been made." It is unclear how the Supreme Court might rule if Neil Gorsuch, Trump's pick to sit on the court, is approved by the Senate, but the fate of the executive order, may very well be decided in court. 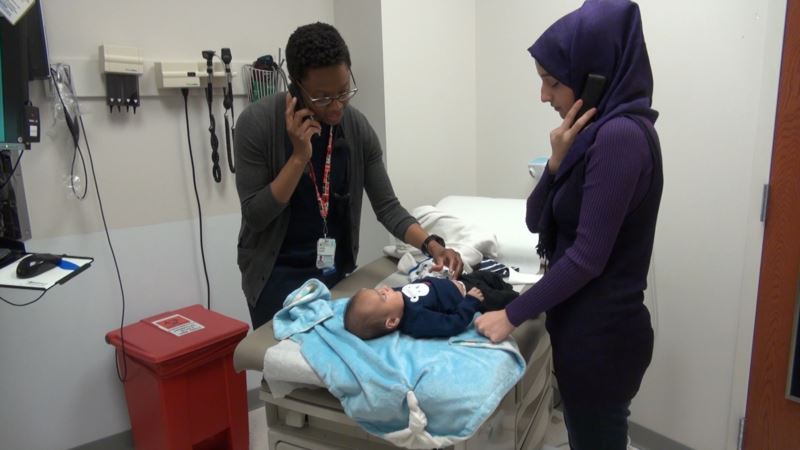 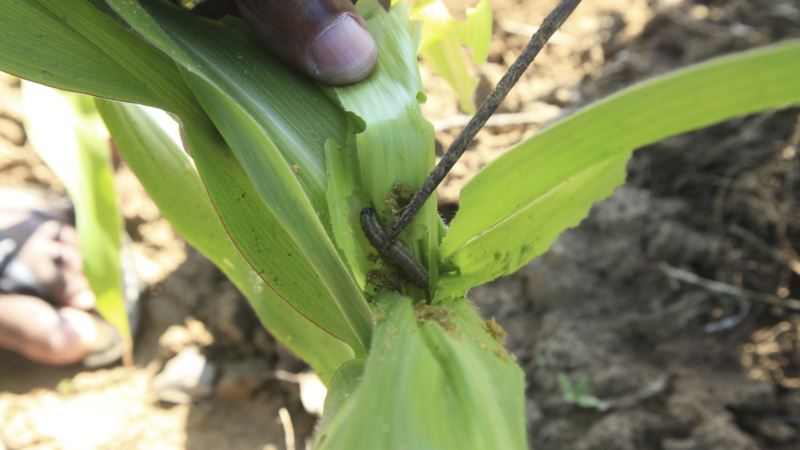 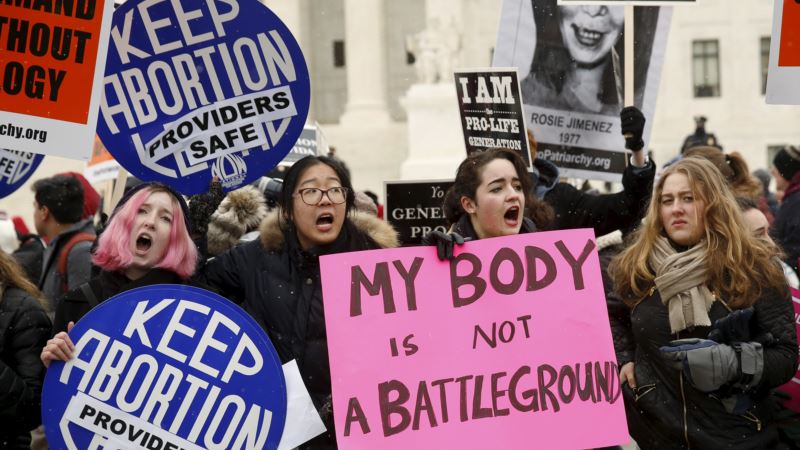 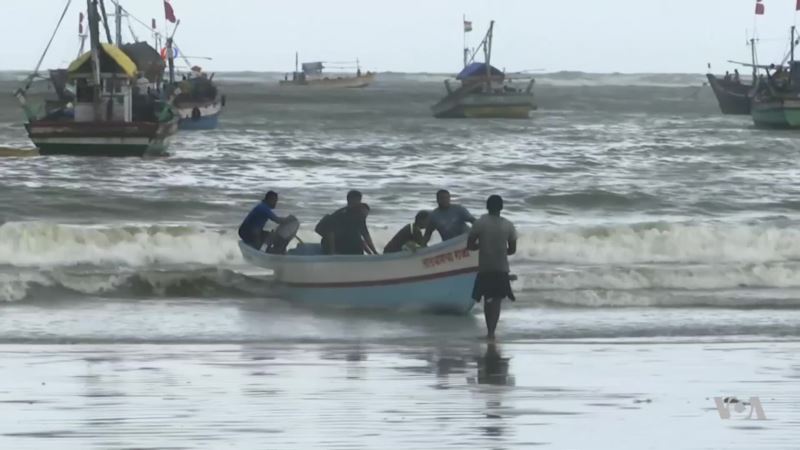 In India, Fighting Ocean Trash One Net at a Time