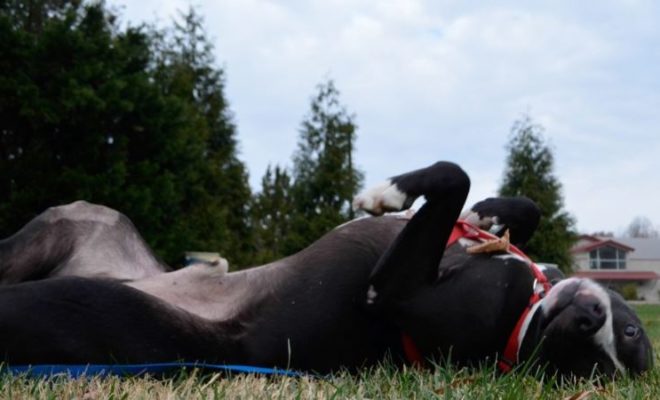 Largely overlooked in the aftermath of the November elections was the fact that more than half of U.S. states have now legalized medical marijuana. Another eight also allow the use of recreational marijuana. But if pot is okay for people, does it follow that it's also good for our pets? In Washington state, where pot is legal for medical and recreational use, a number of veterinarians are being asked about treating pets with cannabis. But marijuana is still illegal under federal law, so expanding its use beyond states, and beyond humans is risky, both medicinally and legally. However, Michelle Batten was worried less about the law and more about her dog Willy, a caramel-colored, 16-year-old Lhasa Shih Tzu. Willy has a variety of age-related problems, including arthritis and anxiety from vision loss, and conventional painkillers were making him sluggish. Pot for pets, without the high "So," she says, "we started on the cannabinoid capsules." The active ingredient in these pills – cannabidiol – comes from hemp, a variety of the cannabis plant that's not mind-altering. How did it work? "I was… pleased with what I saw," she says. "He's so much more content. He sleeps better. He's not in pain and he doesn't have the anxiety." Another Portland dog owner, Diane Benjamin, uses an eyedropper to put small amounts of hemp oil on the food of her 11-year-old greyhound-Rhodesian ridgeback named Pronto. She said the formulation provides relief from back trouble and arthritis. The dog doesn’t appear to notice the culinary addition, but Benjamin said her friends take notice. “When I meet other dog owners and we start talking — especially if they have old dogs — and I mention that he’s on cannabinoid oil, they kind of raise their eyebrows like ‘Really?’ and maybe laugh a little bit,” Benjamin said. She chose the product for the medicinal properties, explaining, “If it works and doesn’t have side effects, why not?” Batten takes Willy and his 14-year-old 'sister' to the Hawthorne Veterinary Clinic, which advertises holistic pet care. Clinic owner Dr. Cornelia Wagner says pet owners turn to hemp or medical marijuana for many of the same things humans take it for these days, including cancer symptoms, pain, inflammation, seizures, nausea, chronic skin allergies and loss of appetite. And it's no surprise that with more and more people turning to pot for help, they'd ask after their pets as well. "Five years ago when I started here, hemp never came up, or cannabis hardly ever came up," Wagner says. "Now we talk about it a lot." Dr. Wagner tells dog owners that their animals are much more sensitive than humans to the effects of marijuana. It doesn't take much to cause a bad trip. Her clinic only stocks a few over-the-counter, non-psychoactive hemp-based supplements, like the pills Willy the dog swallows twice a day. Hazy legal territory, potential health danger Because it doesn't have the mind-altering effects of pot, hemp for pets remains largely unrestricted. Marijuana, of course, is different. "Legally, we have to be careful about it," Wagner says. "Even though recreational marijuana use is legal in Oregon now… as veterinarians we are not allowed to prescribe it. So we have to be careful about giving recommendations." The U.S. Food and Drug Administration cautions against giving marijuana products to pets. The FDA says their safety and effectiveness have not been established and need further study. The murky legal terrain got murkier in December, when the U.S. Drug Enforcement Administration announced it considers all extracts from the cannabis plant to be controlled substances, including everything from hemp. The Oregon and Washington State Veterinary Medical Associations have posted their own cautionary fact sheets online. Olympia vet Dr. Lisa Parshley, who serves on the Oregon VMA board, says she is hesitant about cannabis products not just for legal reasons, but for the many scientific unknowns. "I just feel like everybody is trying to jump the gun and get into the use of this," she warns, "without doing due process in the research labs, in the clinics, to try to get a really good product out there that is safe and actually works." Parshley says researchers need to verify health claims, delineate risks and establish the proper dosing and delivery methods. And beyond questions about the purposeful dosing of dogs and cats with cannabis-infused medicines, dogs are being brought to vets after ingesting marijuana left in the open by humans. Curious, hungry dogs have wolfed down their owners' stashes, pot edibles or even joints dropped in parks. Parshley said accidental exposure causes disorientation, incontinence, nausea and pets that are over-reactive to sound and lights. In serious cases, the animal may require hospitalization. The marijuana itself is rarely fatal, although in combination for example with a large amount of dark chocolate brownies, a dog may perish. But entrepreneurs in pot-friendly western states aren't waiting for the smoke to clear to meet consumer demand. Startups are selling a range of cannabis products for pets — from capsules, oils, butters and tinctures to infused chew toys and dog treats.