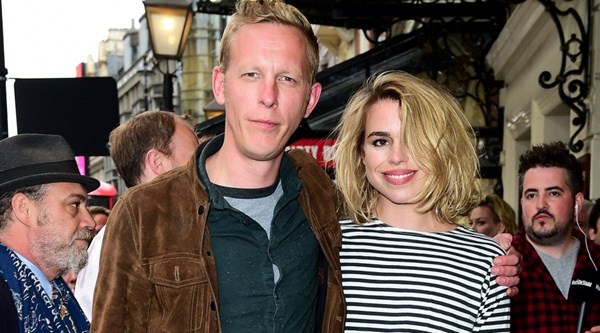 Lewis star Laurence Fox has admitted he barely sleeps and has suffered anxiety attacks since his split from his actress wife Billie Piper.

Laurence and Billie were married for eight years and have two sons together and Laurence said he has been deeply traumatised by the divorce.

He told the Sunday Mirror: “The physical symptoms of trauma and suffering are profound panic attacks for an extended period of time, and I’ve never had a panic attack in my life before last year.

“It’s like being plugged into an electric socket where you go mental.

“I’ve learnt to put on my running shoes and sprint as fast as I can until I can’t move any more, then there’s something else distracting me and the endorphins kick in and you start to feel better.

“Thankfully they’re getting less all the time.”

He added: “I haven’t slept for six months, even with sleeping pills. I go to bed the same time, same bed as the kids and just lie awake, sleeping two or three hours. My mind’s whirring round.

“I’m seeing an amazing therapist, I love her. You’ve got to seek help, from your family, a therapist, a fitness trainer, whatever it is.

“Family and friends might be the best people for this stuff but they’ve got their own lives. My brother, Robin, has saved me in this whole situation. He saw it all, what I didn’t see, knew what was coming and tried to tell me about it.

“I shouted and got angry with him. But I am my brother’s keeper and will never be able to thank him for how wonderful he’s been to me. He sent me a personal trainer, Darren, three times a week, as a divorce present, and the other two days I train myself.”

Laurence, 38, the father of Winston, seven; and Eugene, four, is now filming The Family In Devon, about a dysfunctional family gathered round their dying mother’s bed.

He told the paper the role is allowing him to work through some of his own issues.

Laurence said: “In this new piece my character has been the mender of his family’s problems all his life, having known his mother was having lovers, his childhood was destroyed by watching what his mother did.

“I have to do a lot of screaming, shouting, emoting and it will be good for me to get it all out, after everything I’ve been through this year.

“It’s like my own family, highly emotional, lots of shouting, getting over it, lots of love. But absolutely no sulking ever. If you want to talk about class, that for me is a big one, people with no class sulk.”