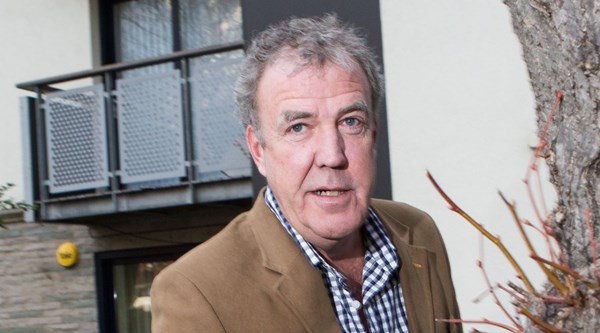 Jeremy Clarkson has given his view on The Great British Bake Off controversy.

And judges Mary Berry and Paul Hollywood have yet to confirm they will be joining the series.

But now Jeremy – who has moved channels after getting into trouble with the BBC – has suggested that people have got the wrong idea by getting angry about Bake Off moving.

Every single person commenting on the Bake Off story hasn't got a clue what they're talking about.

Mel and Sue revealed that they are ânot going with the doughâ and were âshocked and saddenedâ to learn of Bake Offâs move from the BBC.

âWe made no secret of our desire for the show to remain where it was,” they added.

âThe BBC nurtured the show from its infancy and helped give it its distinctive warmth and charm, growing it from an audience of two million to nearly 15 at its peak.â

They ended their statement: âWeâve had the most amazing time on Bake Off, and have loved seeing it rise and rise like a pair of yeasted Latvian baps.”

Jo Brand â host of spin-off show An Extra Slice â is the odds-on favourite to front the next series.

Meanwhile, it has emerged that the next series of Bake Off might not go on air until 2018, with Channel 4 possibly having to follow a âholdbackâ clause in the contract between the BBC and Love Productions.

A celebrity version of the show will be broadcast in 2017, in aid of Stand Up To Cancer.

Paul has previously spoken of he and his co-starsâ allegiance to the BBC.

âItâs not up to us, itâs up to the production company, but as far as Mary, Mel, Sue and myself are concerned we want to stay on the BBC,â he has said.

According to BBC News, the corporation is believed to have offered Love Productions, the producers of the popular baking programme, Â£15 million per year to keep the show.

This amount fell Â£10 million short of what the corporation would need to retain the show on BBC One, it was reported.

Channel 4 has signed a three-year agreement with Love Productions, and the BBC said it had âmade a very strong offer to keep the show but we are a considerable distance apart on the moneyâ.