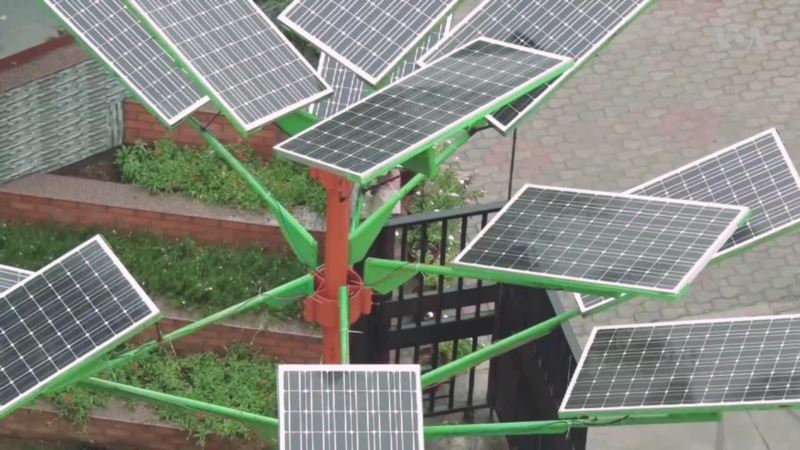 Indian scientists have designed a “solar tree” that they hope will help overcome one of the key challenges the country faces in the generation of solar power. With photovoltaic panels placed at different levels on branches made of steel, “solar trees” could dramatically reduce the amount of land needed to develop solar parks. “It takes about four-square meters of space to produce energy which otherwise would have required 400 square meters of space. So almost 100 times the space is saved, which as you know is very valuable,” said Daljit Singh Bedi, chief scientist at the Council of Scientific and Industrial Research (CSIR) in New Delhi, whose laboratory in Kolkata developed the tree. A scarce resource in India, acquisition of land to develop roads, factories and other infrastructure is a sensitive issue that has led to frequent and sometimes violent protests from displaced people. Scientists estimate the energy generated by a solar tree would be sufficient to light up five homes. They say the space-saving tree would not only make it easier to increase solar power generation to light up homes and streets in cities, but also in rural areas where farmers are unwilling to give up large tracts of land for solar panel installations. The solar tree will also harness more energy compared to rooftop panels. “This design, it facilitates placement of solar panels in a way that they are exposed more towards sun and that way they are able to harness 10 to 15 per cent more energy, which is more or less equivalent to one hour more than the conventional format,” said Bedi. India’s pledge to reduce its carbon emissions relies heavily on increasing the generation of solar energy. The world’s third largest emitter of greenhouse gases, India pledged at the United Nations Conference on Climate Change in Paris last year to slow the rate at which it emits greenhouse gases by one third over 2005 levels by 2030. To achieve this, India has set an ambitious target of generating 40 percent of its total capacity from renewables by 2030 and reducing its reliance on polluting coal-based thermal energy. In the sun-drenched country, the main focus will be on solar power. While the falling cost of photovoltaic panels in recent years has made solar power much more viable, and investment has been flowing into the growing sector, worries remain about acquiring large tracts of land to set up solar parks. “It takes quite a bit of time which results in cost escalation and all those things,” said Amit Kumar at the Energy and Resources Institute, a research institute in New Delhi. But will solar trees provide a sustainable option? Kumar cautions that innovations that aim at concentration of solar power so far have not made much headway. “Unless we put those [trees] on a large scale, [only] then will we be able to get that answer,” he said. However Indian officials like Bedi are optimistic. “When we talk about plantation of trees, we would now talk about plantation of solar trees,” he said.

Rockets Hit US Base in Afghanistan; No Casualties Reported 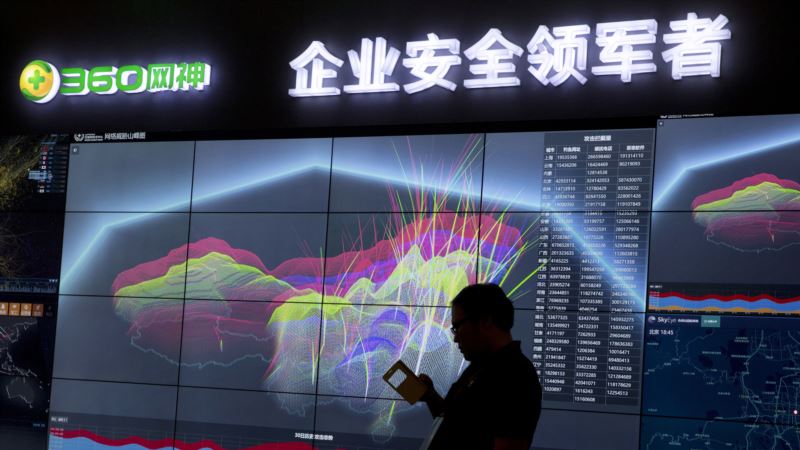 Chinese Firm Says It Did All It Could Ahead of Cyberattack