Immigrant Athletes Are Big Part of US Olympic Team in Rio 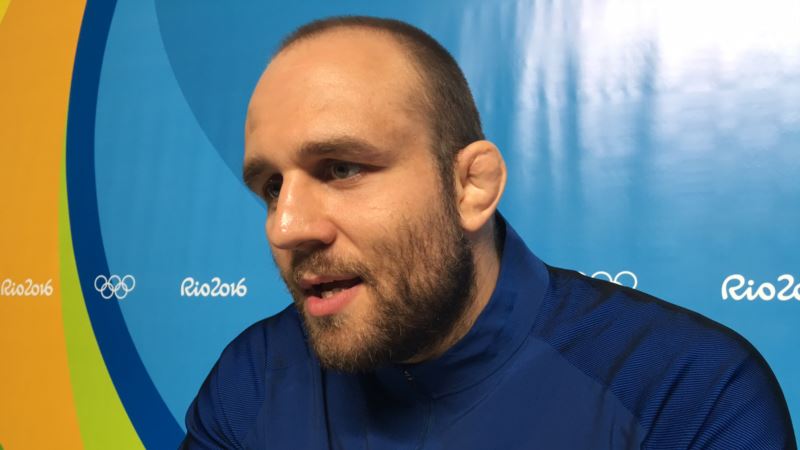 It's not hard to tell from the list of the more than 550 athletes representing the United States at the Rio Olympics that some of them, or their parents, might have gotten their start in life in another country. In fact, nearly 50 of the athletes were born outside the U.S. The range of nations is wide: Sudan, Kenya, China, Albania, Montenegro and Cuba, to name just a few. Heavyweight freestyle wrestler Tervel Dlagnev, one of the U.S. team's immigrant athletes, told VOA that his parents, Ivaylo and Igrena, fled Sofia, Bulgaria, in 1989 when Tervel was 3. “The communist regime was falling and the society at the time was not set up for anything besides communism, so there was going to be a huge class shift,” Dlagnev said. “If you weren't really rich, you were going to be really poor. You know, it was going to kind of wipe out that middle class, and the writing on the wall was we were going to be a part of that. So we were one of the lucky families to be able to get out.” Austrian camp They made it to Austria, where they spent a year in a refugee camp. Even though he was young at the time, Dlagnev still has vivid memories of the move, such as riding the train “with beds on it” out of Bulgaria. Once in Austria, he said his family was housed in a tall apartment building in a big field surrounded by trees. “All the different families would just congregate in this grassy area," he said. "All of us kids would run around the building, all the doors were open. You would go in and out of everyone's room. It was just like one giant community.” Now that he's 30, with a wife and two young sons of his own, Dlagnev often thinks back and wonders how stressful the departure from Bulgaria must have been on his parents. But as a young child, he said, it was great to have so many other kids to play with all day, running around and riding bikes. After his parents got their documentation to come to America, their first move was to San Diego, where his father joined the U.S. Army. Not long afterward, his father was transferred to El Paso, Texas, on the Mexico border. His parents told Tervel he needed to learn English quickly because they were enrolling him in school. But he was at a distinct disadvantage compared with most of the others. Although he was placed in a bilingual class, it was set up primarily for Spanish-speaking students. There was no Bulgarian-to-English instruction. Dlagnev said his parents really wanted him to get immersed in a regular class so he could start learning. His parents would make him speak to them in English at home, and they would speak back to him in Bulgarian. That actually continues to this day. He said that as any kid would, he slowly learned English, but that he would never forget his humiliation in a second-grade class that was not bilingual. “They told us to stand up and say the Pledge of Allegiance [to the U.S. flag], and I had never done that before,” Dlagnev said. “I didn't know it and the teacher was being really rude, saying, 'Put your hand on your heart.' So I put my left hand up and she said, 'No, your right hand.' So she came over and put my right hand on my heart. I was kind of mumbling through the words because I didn't know the pledge.” Then they were all told to sit down and each read about three sentences of a book out loud to the class. 'Are you dumb?' “I was sounding very brokenly through mine,” said Dlagnev. And he said that in front of the entire class, the teacher asked him, "Are you dumb? Do you need to be in a bilingual class?” He remembers going home and telling his parents he hated school and was not going back. So they put him in a bilingual class and he said he had the same “fantastic teacher” for almost four years. She got him enthused about learning, and he proudly read his first full book in English in fifth grade. Dlagnev did not participate in any competitive sports until his sophomore year of high school. “I was a big kid and American football would have been a good choice,” he said, “but in my household that sport was a joke, because they were like, 'That's not even a sport. American football is not a sport, soccer is.' ” But Dlagnev did not have the build to be a soccer player. He really wanted to get in shape and lose some weight, so he decided to try wrestling. It all worked out. He became a two-time collegiate champion at Division II University of Nebraska at Kearney, and he's been on the U.S. wrestling team for eight years. Rio is his second Olympics. “It's really fun, second time around. It feels fresh,” said Dlagnev. “Obviously a different city, different venue, different teammates, so you just kind of take it in, enjoy the experience. The first time [in London 2012], it was over in an instant. This time, I have been trying to slow things down and really enjoy it.” Dlagnev was disappointed with his fifth-place Olympic finish four years ago. In 2014, he won a bronze medal at the freestyle wrestling world championships. He's aiming for a podium finish in Rio in the 125-kilogram class on Saturday. 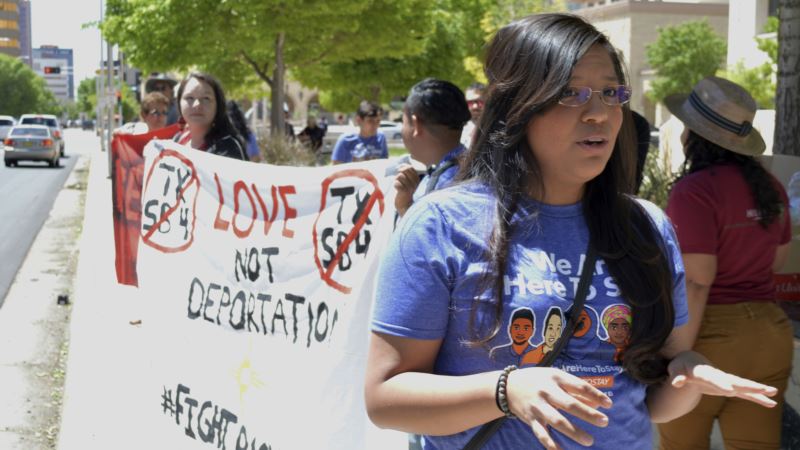 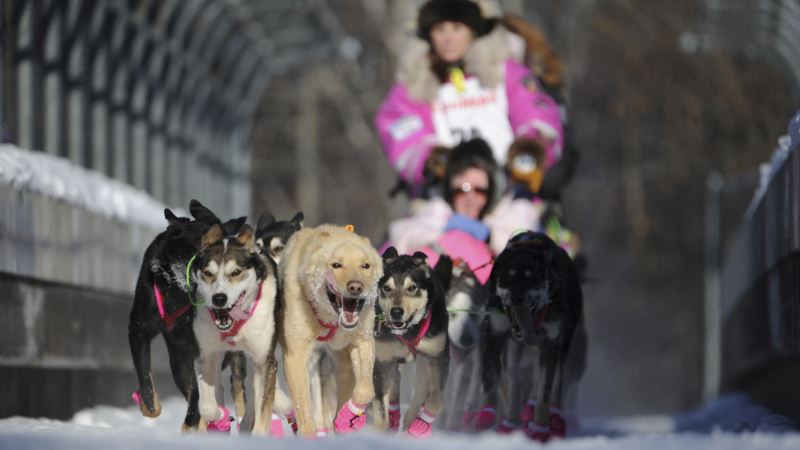 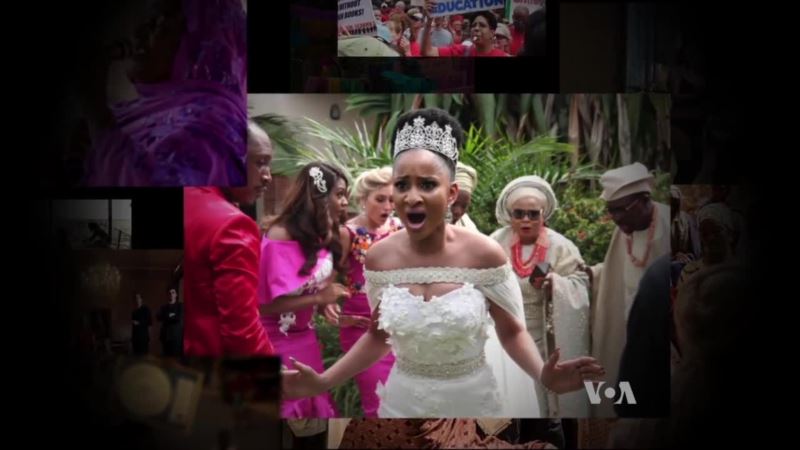 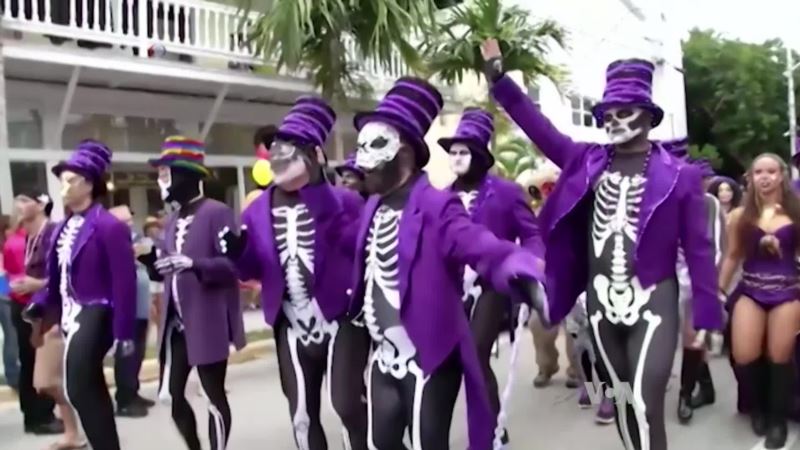 US Voters Tired of Campaign Find Relief in Halloween Spoofs