How To Get Glowing #NoMakeUp Skin, According To Alicia Keys’ MUA 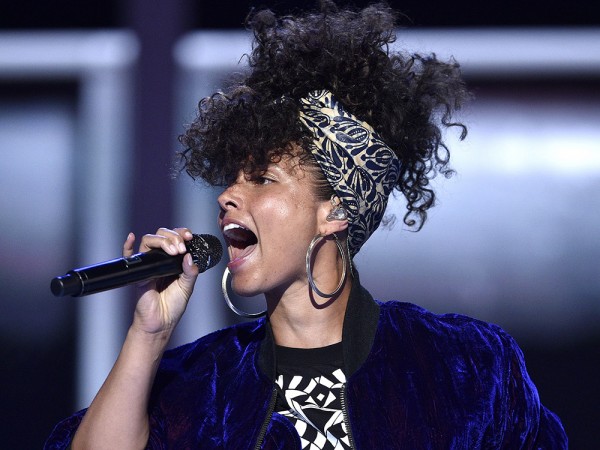 Alicia Keys marked her decision to embrace #nomakeup in an essay in Lena Dunham’s Lenny newsletter back in May.

She explained it was because she was sick of ‘how much women are brainwashed into feeling like we have to be skinny, or sexy, or desirable, or perfect.’ After a journey of self-discovery, she now ‘approach[es] things differently this time regarding [her] image and allow [her] real self’. She finishes the essay: 'Cause I don't want to cover up anymore. Not my face, not my mind, not my soul, not my thoughts, not my dreams, not my struggles, not my emotional growth. Nothing.’
Since then, the singer has attended some pretty massive events — the MTV VMAs, New York Fashion Week — without a scrap of make-up. 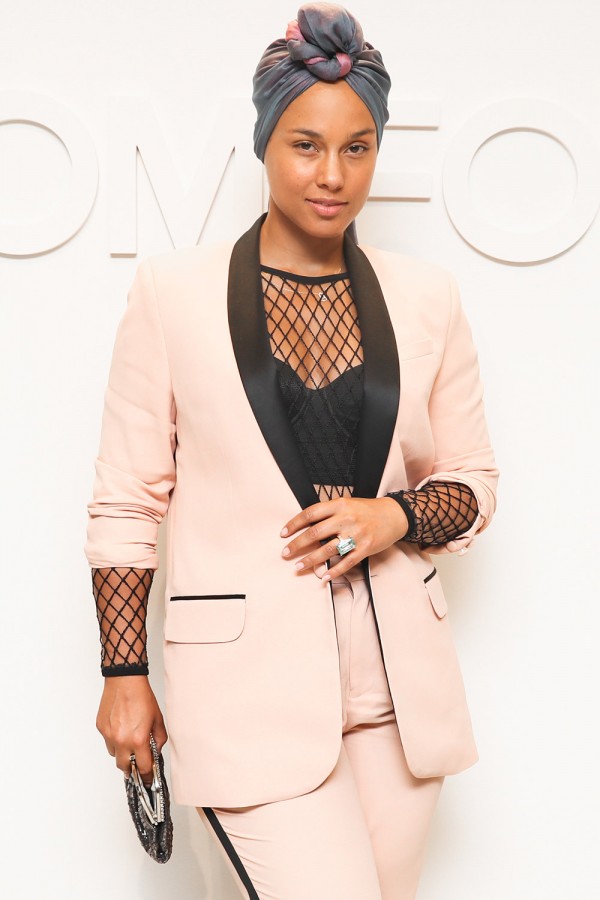 The no make-up movement has gained momentum, with other celebrities — some particularly unlikely, like Kim Kardashian at the Givenchy SS17 show — getting on board.

Now MUA Dotti has revealed the regime behind Keys’ glowing skin — and, including facials and acupuncture, it’s not as simple as you’d think.

She revealed to W Magazine: 'Alicia gets regular facials, does acupuncture and she eats healthy and exercises […] She knows you have to invest internally for your skin to look great externally. It’s also about how you process your energy. She comes from a very strong place and she comes from a very kind place. That in itself is super important. But it’s about the choices she’s making and the products she’s using. It’s the work of a good team.'

(Not that that’s the point — it's about not feeling the need to cover it up with loads of make-up, BUT it does make us feel a bit better about our own pallid complexions.) 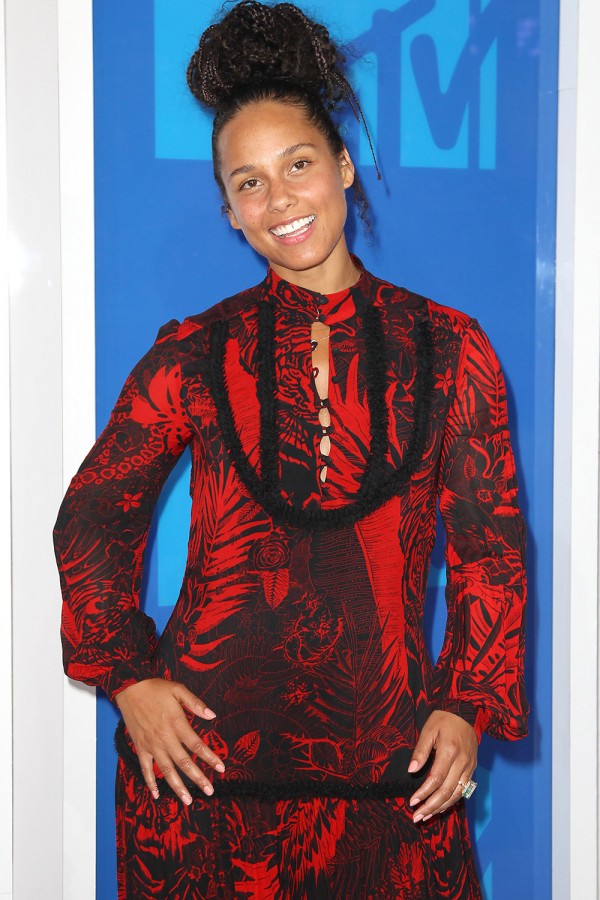 Here's how Keys’ skin looks quite so glowing…

Ice
It’s a pretty basic ingredient, but one that does a lot of good, says Dotti. ‘We're doing a lot of ice work to tighten skin, bring the blood to the surface. To basically give it the pop that you need. I stick a jade roller in ice, so it's basically freezing when I roll it over her skin. I really, really work into all those areas where I want blood and water and energy brought to the surface. It brings her skin to life, it practically makes her skin say, 'Hi. I love you.' Get us a jade roller, STAT.

Cucumber
Another almost-cliché beauty hack (that makes us think of sleepovers and hen dos in American films – am I right?), cucumber can actually work wonders. Dotti says: ‘On some days, I'll look at her skin and say, 'You need cucumber today,' so I'll grate a full cucumber, then place the pulp no higher than her brow bone and no lower than her under-eye bone, not going near sensitive parts of the eye. If we've got time, I'll put the pulp all over her face until it draws the heat out of the skin and bring the blood to the top. That's what most of the cooling agents do.’ 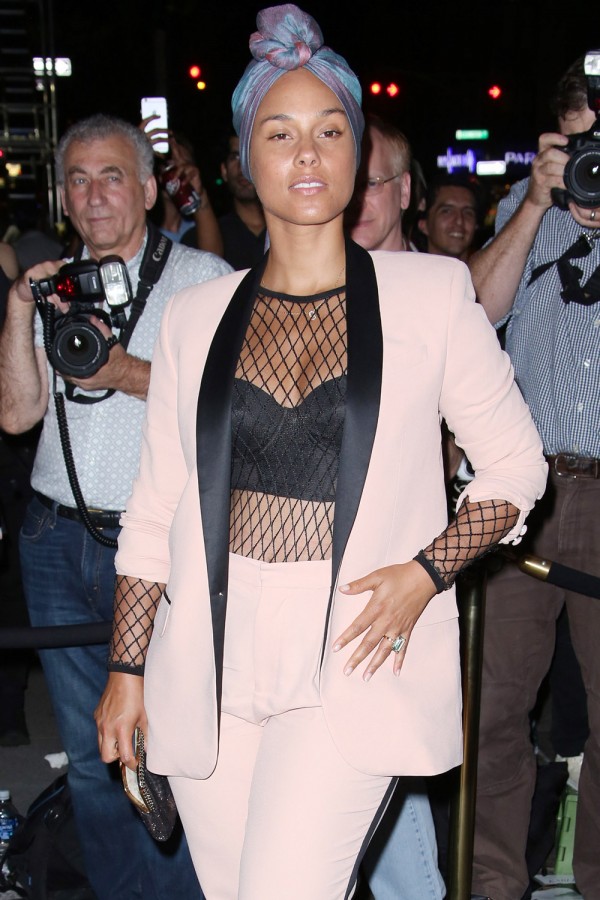 Read: Anastasia Hills And 5 Brands To Shop When Sephora Comes To The UK

Face Oils
We’ve all gone oil mad over the last few years, ditching our moisturiser pot in favour of the pipette. Dotti says: ‘People get freaked out about oils. They think if they've got oily skin they don't want oil, but yes you do! MV [Organic Skincare] has always been a staple in my kit.’ She also favours MV 9 Oil Cleansing Tonic and Pure Jojoba Oil.

Make-Up
You might think ‘WTF, we’ve been punked’ but Dotti explains it’s only minimal when Keys is on TV: ‘Compared to the world of makeup, there is minimal. She's already powerful to look at, with those amazing Cleopatra-shaped eyes, and now we get to see them!’ Understandably, she sometimes fills her brows — with Anastasia Beverly Hills Brow Definer.

Read: The 10 Best Face Oils To Get Your Glow On 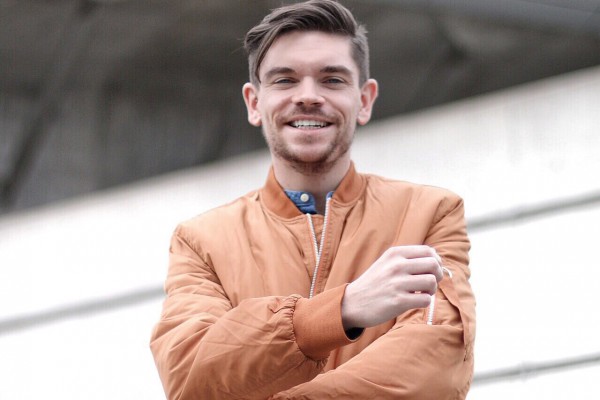 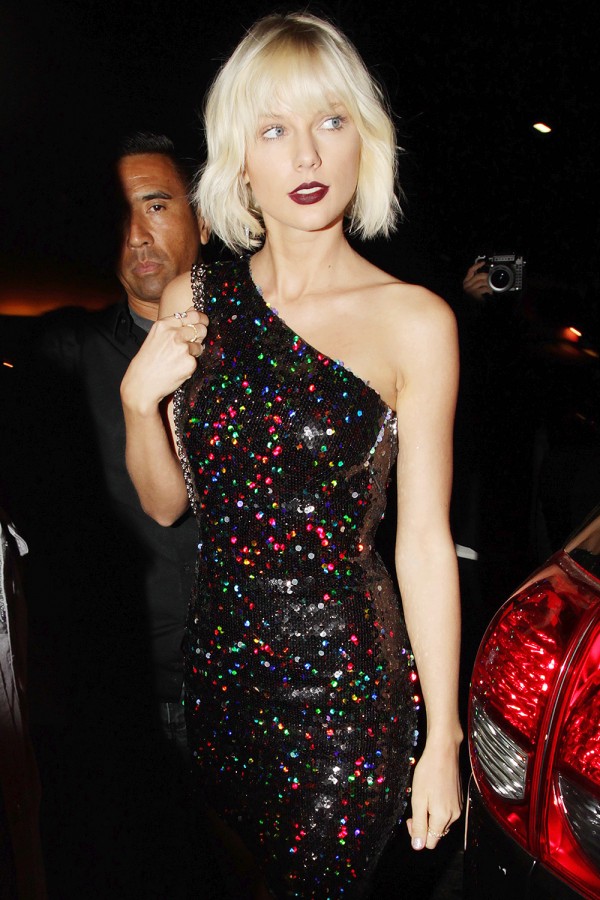 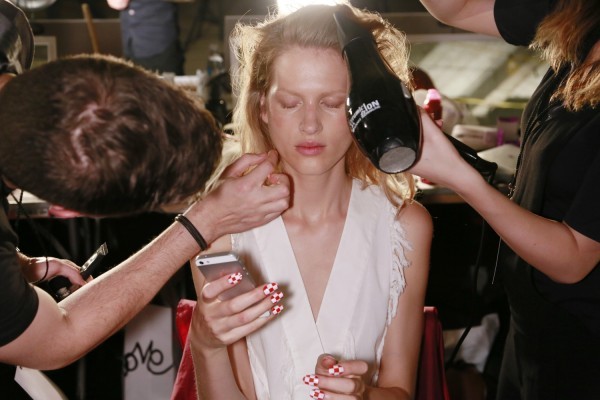 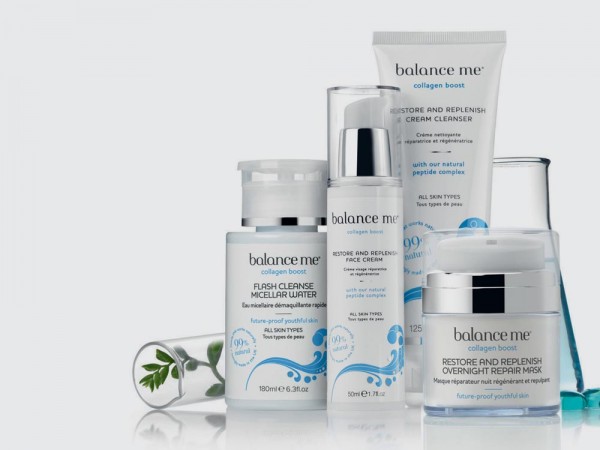