There isn’t long to go until this year’s celebrities will have to face the dance floor as the new series of Strictly Come Dancing kicks off.

Following the launch show – which saw the stars paired with the pro dancers – on September 3, things will finally get under way next weekend on Saturday September 23.

To plug the gap between shows, the stars have been keeping Strictly fans updated with their behind-the-scenes antics at rehearsals, and it looks like it’s a load of fun so far!

US singer Anastacia and her dancing partner Brendan Cole have been larking around in the studio, showing off their impressive joint selfie skills instead of their fancy footwork.

@brendancoleinsta is such a great teacher look what I can do. Can't wait to show you the finished routine. #strictlycomedancing #teamfab

But Brendan shared a snap of the pop hitmaker posing nicely in her camo top mid-rehearsal, adding that she’s an “awesome partner”. Aw…

My awesome partner @anastaciamusic rockin' the #combat gear as she sets up for her after training interview. @bbcstrictly #dance #strictly #rehearsal

Political type Ed Balls has revealed that he is having some issues with his posture, and that he and his pro partner Katya Jones are working on some intense-looking stretching exercises:

Presenter Laura Whitmore is making sure to highlight good causes while learning her steps for the first episode, showing off her Lady Garden hoodie in order to raise awareness for Gynae Cancer Awareness Month:

Her partner Giovanni Pernice is thrilled with her progress, too!

Daisy Lowe looks to be having a whale of a time getting prepped, as she and her dance partner Aljaz Skorjanec just can’t stop smiling:

Olympian Greg Rutherford and dancer Natalie Lowe have been working so hard, the dancer was all but left weeping on the studio floor, by the looks of it…

Me and the partner in crime @nbody_natalielowe at the city games in #Newcastle yesterday. My season is now officially over. I'm purely a dancer for the next couple of months ðð» @bbcstrictly

And here’s how radio star Melvin Odoom and Janette Manrara are getting on:

Are @MelvinOdoom and @JManrara spending their #Strictly training dancing or laughing? Watch their First Steps! pic.twitter.com/Gii20XViZ6

Pro dancer Anton Du Beke has revealed his star partner Lesley Joseph is pretty darn flexible, sharing a snap from one of their rehearsals:

Ouch!! Are you sure this is the waltz?! @bbcstrictly pic.twitter.com/Aym33Qh9oZ

But he’s also worked her to the bone by the looks of things!

Louise Redknapp hasn’t given too much away about how her rehearsals with Kevin Clifton are going, but we’re sure she’s doing just fine… in-between shopping trips!

Judge Rinder and Oksana Platero are going hardcore, fitting in workouts before they actually practise their moves!

Soap hunk Danny Mac, who is partnered with Oti Mabuse, has likened learning dance routines to learning a new language… he’s not wrong!

So @Otlile_mabuse, is @DannyMacOnline a good pupil? Let's watch their #Strictly First Steps and find out! pic.twitter.com/6BysxNjUUo

Danny certainly looks to be struggling with the use of all those extra muscles, too:

I have no idea how did @BBCNaga got herself in there… pic.twitter.com/u6tNOywC5b 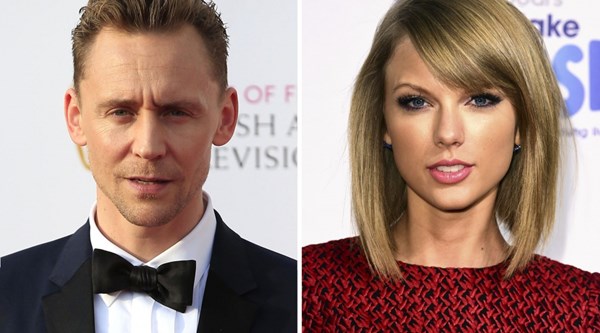