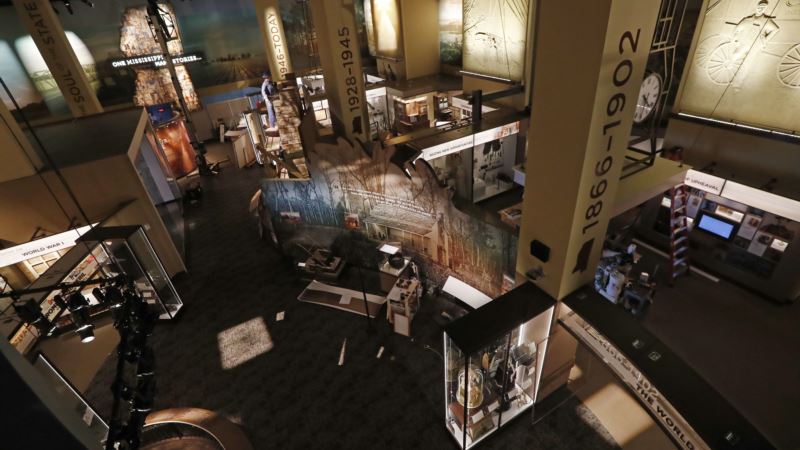 In the 1950s and '60s, segregationist whites waved Confederate flags and slapped defiant bumper stickers on cars declaring Mississippi “the most lied about state in the Union.” Those were ways of defiantly pushing back against African-Americans who dared challenge racial oppression, and taking a jab at journalists covering the civil rights movement. Decades later, as Mississippi marks its bicentennial, the state is getting an unflinching look at its complex, often brutal past in two history museums, complete with displays of slave chains, Ku Klux Klan robes and graphic photos of lynchings and firebombings. The Museum of Mississippi History takes a 15,000-year view, from the Stone Age through modern times. The Mississippi Civil Rights Museum concentrates on a shorter, but intense span, from 1945 to 1976. They open Saturday, the day before the 200th anniversary of Mississippi becoming the 20th state. The two distinct museums under a single roof are both funded by state tax dollars and private donations. Officials insist the museums aren't intended to be "separate-but-equal" in a state where that phrase was invoked to maintain segregated school systems for whites and blacks that were separate and distinctly unequal. “We are telling a much longer story in the Museum of Mississippi History, a much deeper story in the Mississippi Civil Rights Museum,” said Katie Blount, director of the Mississippi Department of Archives and History. “We want everybody to walk in one door, side by side, to learn all of our state's stories.” The general history museum depicts Native American culture, European settlement, slavery, the Civil War and Reconstruction. It examines natural disasters, including the Mississippi River flood in 1927 and Hurricane Katrina in 2005. It also has only-in-Mississippi items such as the crown Mary Ann Mobley wore as Miss America 1959. The museums' opening caps a yearlong bicentennial commemoration. Some events celebrated Mississippi's success at producing influential authors and musicians, such as William Faulkner, Richard Wright, B.B. King and Elvis Presley. Others took a critical look slavery and segregation. President Donald Trump is scheduled to attend the museums' opening on Saturday. Republican Gov. Phil Bryant, a Trump supporter, invited the president. The Mississippi NAACP president is asking Bryant to rescind the invitation, with state chapter president Charles Hampton saying "an invitation to a president that has aimed to divide this nation is not becoming of this historic moment.'' Mississippi – one of the nation's poorest states, population 59 percent white and 38 percent black – remains divided by one of its most visible symbols. It's the last state with a flag featuring the Confederate battle emblem that critics see as racist. All eight public universities, and several cities and counties, stopped flying it in recent years. There's no flagpole outside the new museums. Civil rights Ellie Dahmer, the 92-year-old widow of slain civil rights leader Vernon Dahmer, said the flag represents an unabashed defense of slavery. She marveled at the existence of the civil rights museum in a state that won't abandon the banner. A display in the museum tells of the 1966 KKK firebombing of the Dahmer home outside Hattiesburg after local NAACP leader Vernon Dahmer announced he'd pay poll taxes for black people registering to vote. He fired back at Klansmen who were shooting at his burning house. The family escaped, but Vernon Dahmer's lungs were seared; he died. The couple's 10-year-old daughter was severely burned. Parts of the Dahmers' bullet-riddled truck are in the museum with photos. The Mississippi museum joins several others focused on civil rights: the Center for Civil and Human Rights in Atlanta; the National Civil Rights Museum in Memphis, Tennessee; the Rosa Parks Museum in Montgomery, Alabama; Birmingham Civil Rights Institute in Alabama. The National Museum of African American History and Culture in Washington has attracted crowds since opening in 2016. Eddie S. Glaude Jr., a 49-year-old Mississippi native who chairs African-American Studies at Princeton University, said “Mississippi was ground zero” for the civil rights movement, and it's significant that the state presents an honest account of its history. “America can't really turn a corner with regards to its racist and violent past and present until the South, and particularly a state like Mississippi, confronts it – and confronts it unflinchingly,” Glaude said. In the Mississippi Civil Rights Museum, columns list about 600 documented lynchings – most of them of black men. One gallery's ceiling shows decades-old racist advertising images. Ku Klux Klan robes are on display. So's the remnant of a cross that was burned in 1964 outside white merchants' in McComb after they refused to fire black employees who registered to vote. So are mug shots of black and white Freedom Riders, who were arrested in Jackson in 1961 for challenging segregation on buses. A large display tells about Emmett Till, the black teenager from Chicago who was kidnapped and killed after witnesses said he whistled at a white woman working in a Mississippi grocery store in 1955. The central gallery provides a hopeful respite: An abstract sculpture 30 feet (9 meters) tall lights up as a soundtrack plays the folk song “This Little Light of Mine.” As more visitors enter, more voices join the chorus and more lights flicker, symbolizing how one person's work can become part of a larger effort that leads to change. 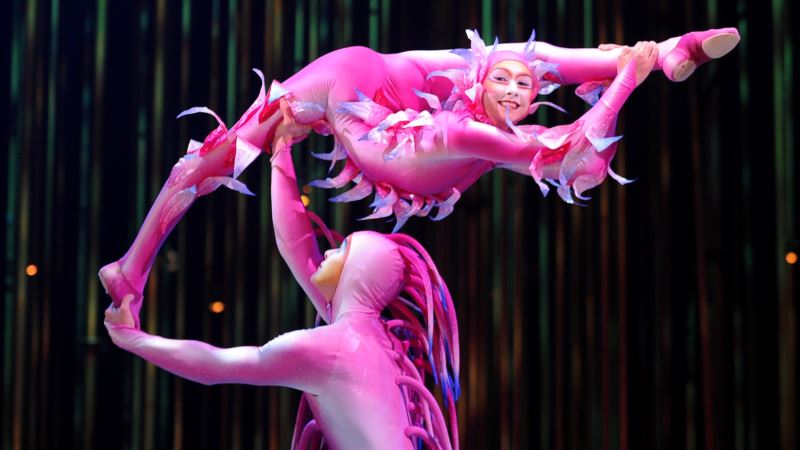 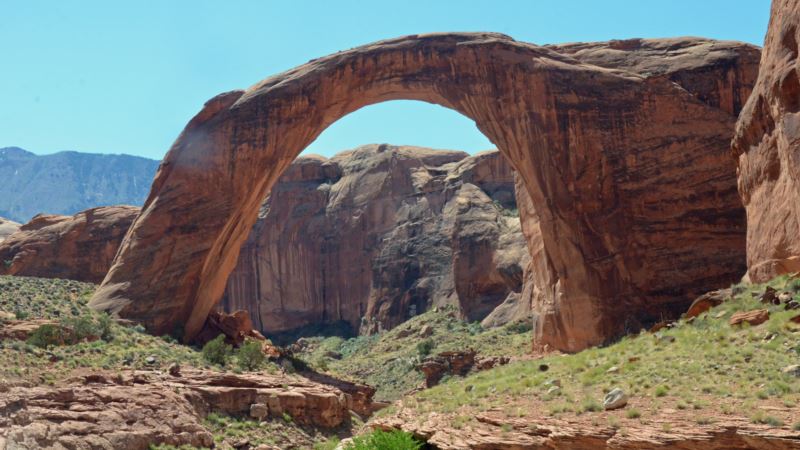 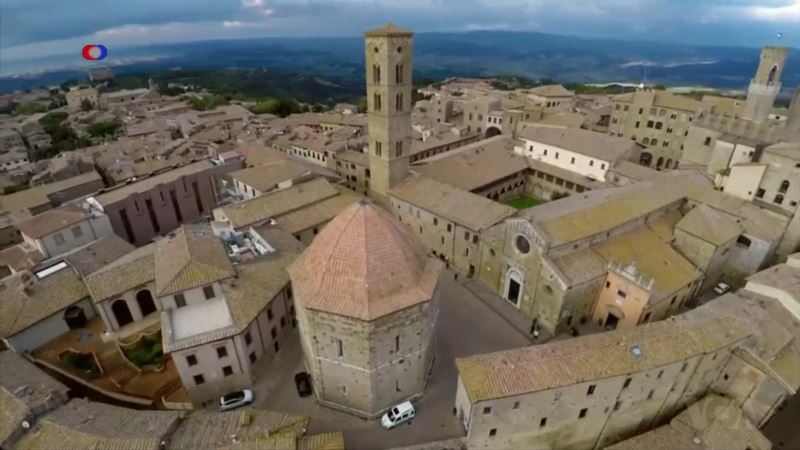 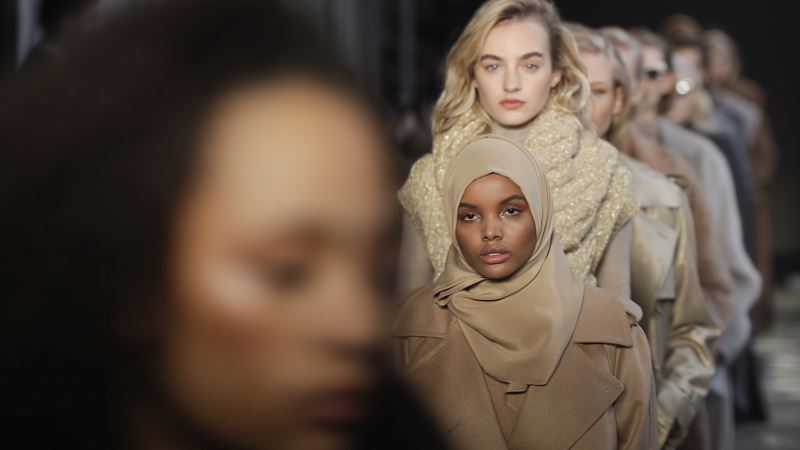