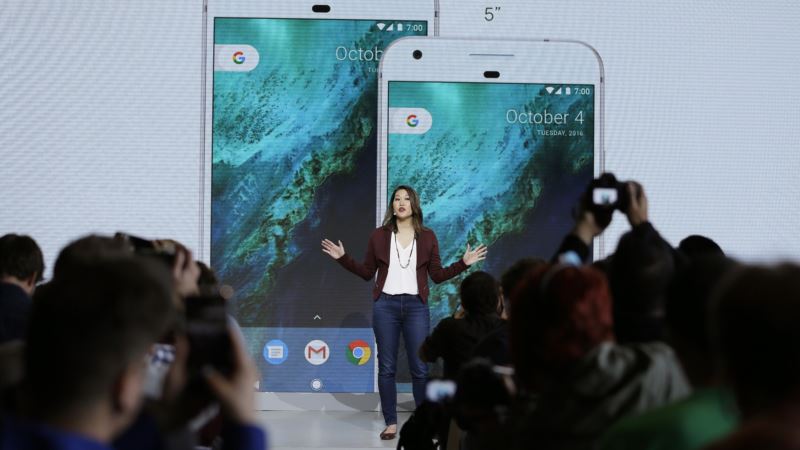 Google is taking another leap into the $400 billion smartphone market. While the company’s software, Android, runs millions of phones worldwide, Google unveiled a line of smartphones called Pixel at an event Tuesday. The phone is expected to sell for $649, about the same as Apple’s iPhone and Samsung’s Galaxy. Pixel will come in two sizes, 12.7 centimeters and 14 centimeters, and three colors, black, silver and blue. In addition to a premium camera and long battery life, the company is expected to use Pixel to highlight a digital assistant software called “Google Assistant.” The software uses artificial intelligence that would create a “personal Google for each and every user,” according to Sundar Pichai, Google’s CEO. Pixel is built by HTC, but Google has reportedly been in on the design, leading to the “phone by Google” branding. The phones are powered by a Snapdragon 821 processor. Google also said it would offer free unlimited cloud storage for all, full-resolution images and videos shot with Pixel. Pixel will not be Google’s first move into the smartphone market. In the past, the company sold phones and tablets under the Nexus brand. The company did not heavily market the phones, which limited their popularity. Pixel will be powered by Google’s Android operating system, which powers most of the world’s smartphones At Tuesday’s event, the company said the phones will run on a cleaner version of Android than on other phones like the Samsung Galaxy S7. Google said the Pixel version would be faster. The Bloomberg news service called Google’s move into the smartphone market “risky” but said it likely is spurred by the company’s desire to “ensure distribution for its web services, and more complex offerings like virtual and augmented reality.” Google has not said how much it has spent on Pixel.