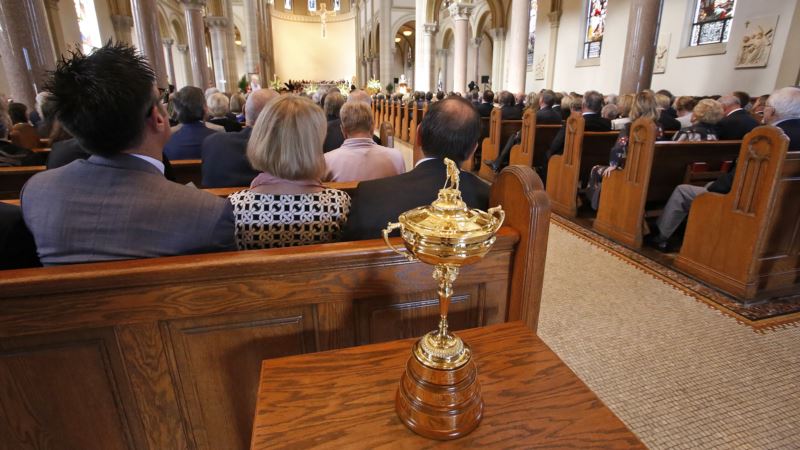 The late Arnold Palmer was given a moving, highly emotional and often humorous tribute by leading figures from the golf world on Tuesday during a lengthy memorial service in his former hometown of Latrobe in Pennsylvania. Fellow golf great and long-time friend Jack Nicklaus described Palmer as a man who "managed to remove the 'i' from icon" while International Golf Federation president Peter Dawson said the American had been golf's most successful ambassador. Palmer, one of golf's greatest players whose immense popularity drew a legion of fans known as 'Arnie's Army', was honored during a memorial service at the Saint Vincent Basilica Parish in Latrobe that lasted two hours and 20 minutes. The seven-time major champion, who died nine days ago at the age of 87 due to heart complications, is widely regarded as the man most responsible for popularizing golf worldwide as television was coming of age in the early 1960s. "Today I am a proud soldier in Arnie's Army," said Nicklaus, who frequently choked up with emotion during a heartfelt speech. "He was 'The King' of our sport and he always will be. "He was an every-day man, everyone's hero. Arnold managed to remove the 'i' from icon and instead let the world share in his greatness. "Arnold came along when golf needed him most. When TV first embraced the sport of golf, they had a swashbuckling hero as the game's face. He made the recovery shot an form of art, and people adored it." Along with fellow golf great Gary Player, Nicklaus and 'The King' Palmer formed the fabled 'Big Three' who collectively accumulated 34 major championship titles and more than 370 tournament victories around the world. "The quality of Arnold Palmer's character and the magnetism of his personality, which was so appealing in America, also endeared him to golf fans, sports fans and indeed the wider public all around the world," said IGF president Dawson. "Arnie's Army was global and affection for him was truly international. He was simply adored by millions. "Arnold Palmer was golf's greatest ambassador, both home and abroad. He mixed with heads of state, with presidents, with prime ministers but he never lost his common touch. For former women's world number one Annika Sorenstam of Sweden, Palmer was "the common man but so far from common" who touched lives "big or small, young or old, ladies or lads." She added: "Arnold made everybody feel special. He was friendly, he cared and he had a sparkle in his eye that is unforgettable. Everybody loved Arnold." PGA Tour commissioner Tim Finchem, Augusta National Golf Club chairman Billy Payne and former major winners Tom Watson, Nick Faldo, Ernie Els and Phil Mickelson were among the big names from the golf world who attended the service. American country singer Vince Gill, a scratch golfer who played several rounds with Palmer over the years, performed an emotional rendition of Carole King's 'You've Got a Friend,' with the congregation joining in, as the service drew to a close. 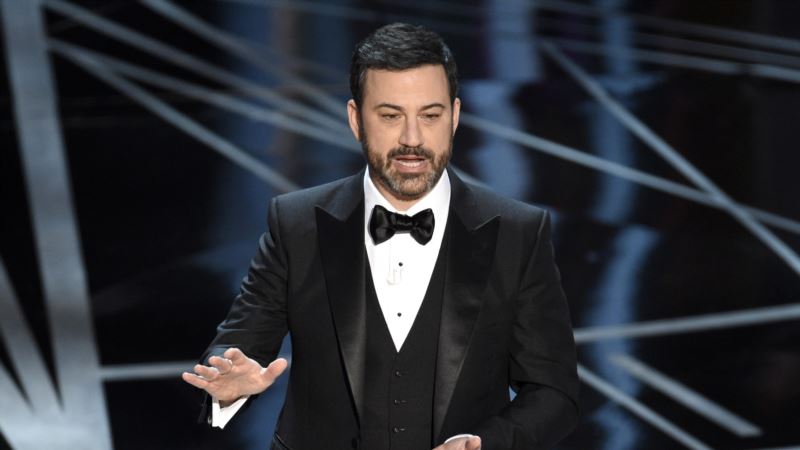 Jimmy Kimmel Set to Return as Host for 90th Oscars 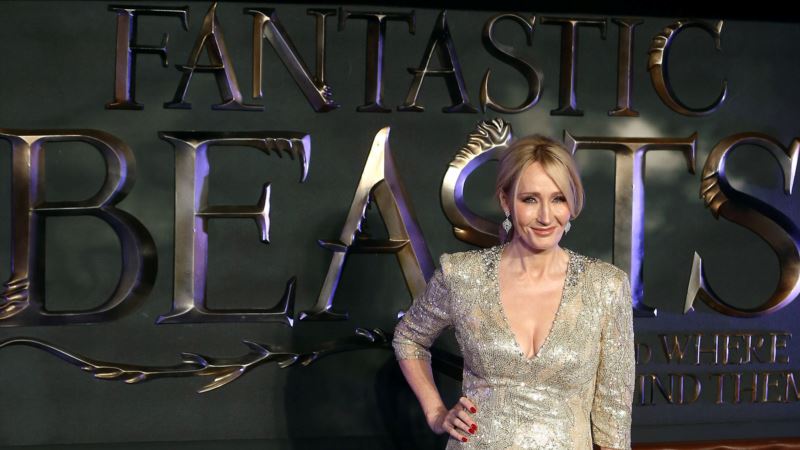 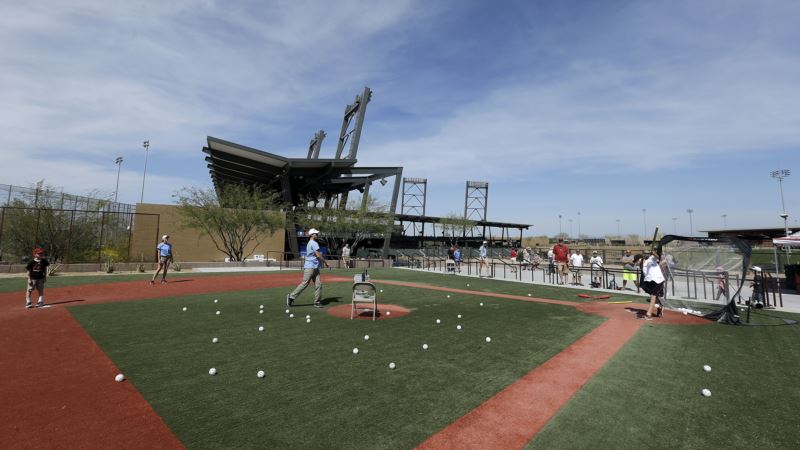 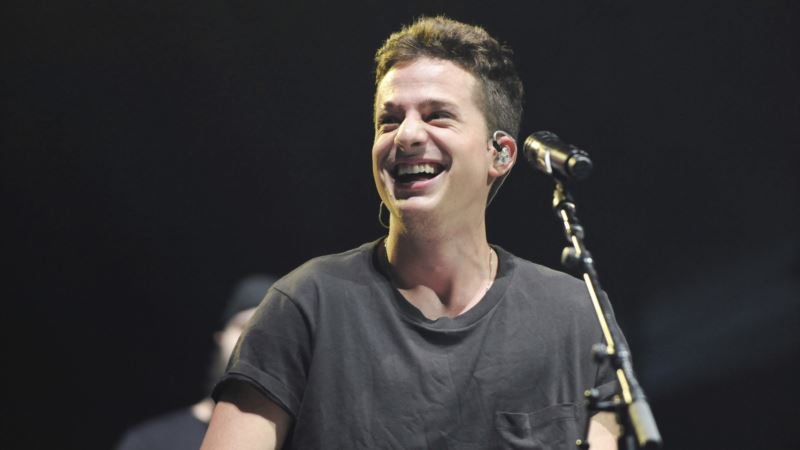