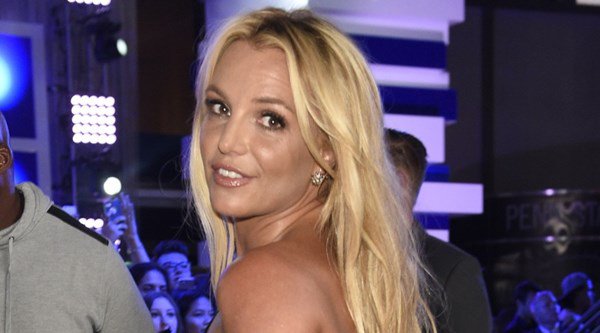 Britney Spears managed eight outfit changes as she sang songs from all nine of her albums at the Apple Music Festival.

The pop star opened the 90-minute set at the Roundhouse in Camden, north London, with Work Bitch from her eighth album, Britney Jean, and ended with Till The World Ends from the seventh, Femme Fatale.

Hardly pausing to take a breath, and dancing surrounded by a troupe of energetic dancers throughout, the 34-year-old wore a green sequinned leotard with a top hat as she came on stage.

Other outfits included several more leotards, with plenty of sparkle and at one point a diamante embellished ringmaster’s jacket.

The energy tonight was INCREDIBLE!!! @AppleMusic thank you so much for having me ð #AMF10 #AMFBritney pic.twitter.com/CE1SHT4nFt

Britney paused just twice to speak to the audience, once mocking the British accent, saying “Oh gosh” before inviting an audience member on stage for a special rendition of her song Freakshow.

When @britneyspears performs #WOMANIZER and the crowd loses it. ð #AMFBritneyhttps://t.co/7aZlMKrA0s pic.twitter.com/T47QQNjbce

The man, who said his name was David, was put on a leash with a collar round his neck and then led across the stage by Britney after dancers pretended to whip him.

She performed three of the six songs that have made it to UK number one since she first hit the pop scene in November 1998 aged 16 including the first, Baby One More Time.

She also performed number ones including Oops! … I Did It Again and Toxic, much to the delight of screaming fans.

Other hits the audience were treated to included Stronger, (You Drive Me) Crazy and Boys.

Gold confetti poured from the ceiling and fireworks were let off as she left the stage, shouting: “Thank you London!”