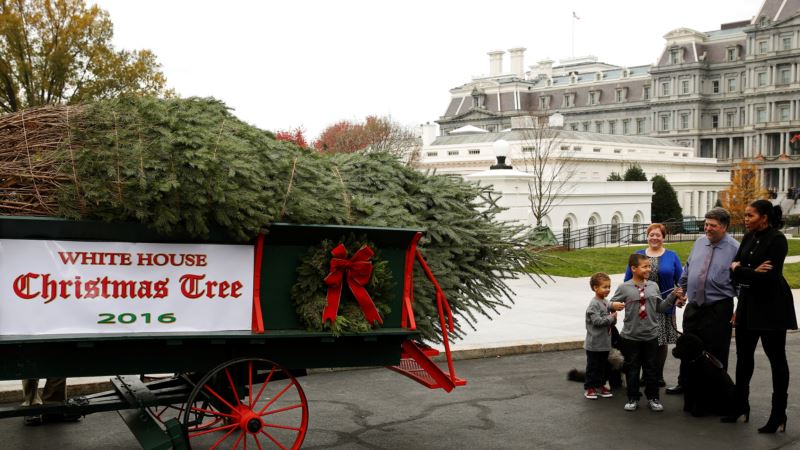 U.S. first lady Michelle Obama has taken delivery of her last White House Christmas tree. Standing at the mansion’s north portico Friday, the first lady, along with her young nephews and the family dogs greeted a 19-foot Balsam-Veitch fir as it was brought in a horse-drawn wagon, “Christmas begins. The holidays start,” Obama said, according to The Associated Press, after accepting the tree from Dave and Mary Vander Velden, owners of the Oconto, Wisconsin, farm where it was grown. “We’re ready. Our last one. We’re excited about it.” The Vander Veldens won the annual National Christmas Tree Association contest. Contest winners have supplied the White House with its official Christmas tree since 1966. Cousins stand in for Malia, Sasha Until now, Obama’s daughters, Malia and Sasha, have been on hand to greet the tree. But this year the teenage girls had other commitments, so their cousins, Austin and Aaron Robinson, filled in, wearing expressions of excitement as they reined in the dogs and advised the first lady. The two boys are the children of the first lady’s brother, Craig Robinson. “It’s great. Should we accept it?” Obama asked 6-year-old Austin. “Yes!” he declared, according to AP. Tree to be located in Blue Room The tree will stand in the Blue Room, where it will be the center of the White House Christmas festivities. The tree’s delivery marks the start of a whirlwind of decorating at the White House by volunteers who will be getting the public rooms of the mansion ready for display. Obama plans to give military families a first look at the decorations Tuesday. 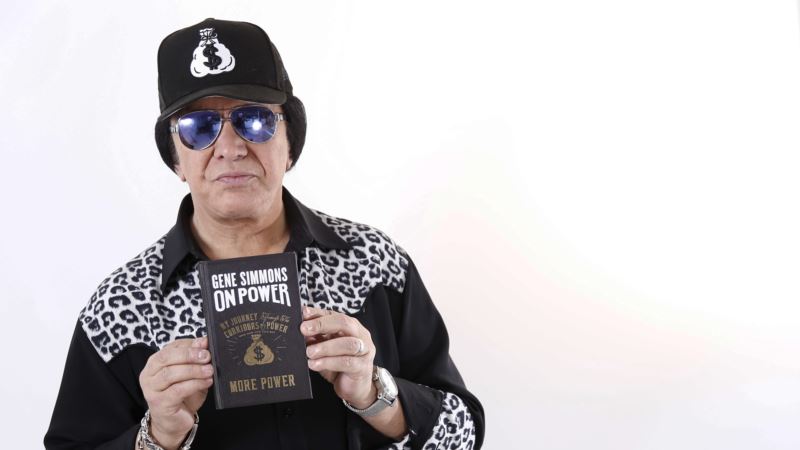 With a Small Book, Gene Simmons Is Ready to Make you Rich 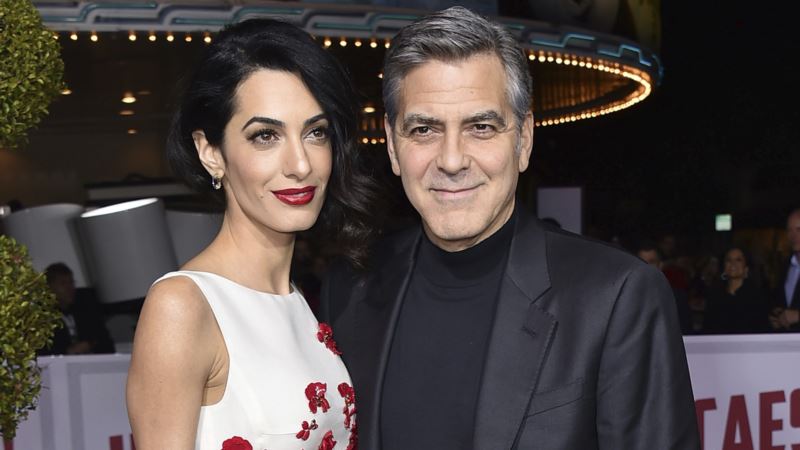 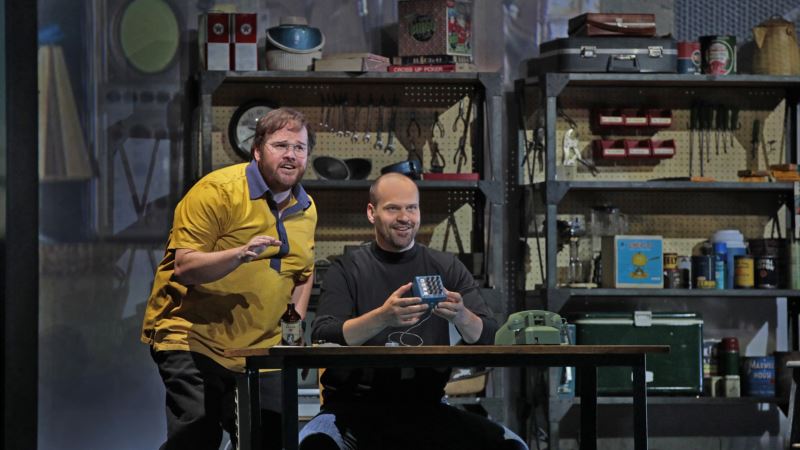 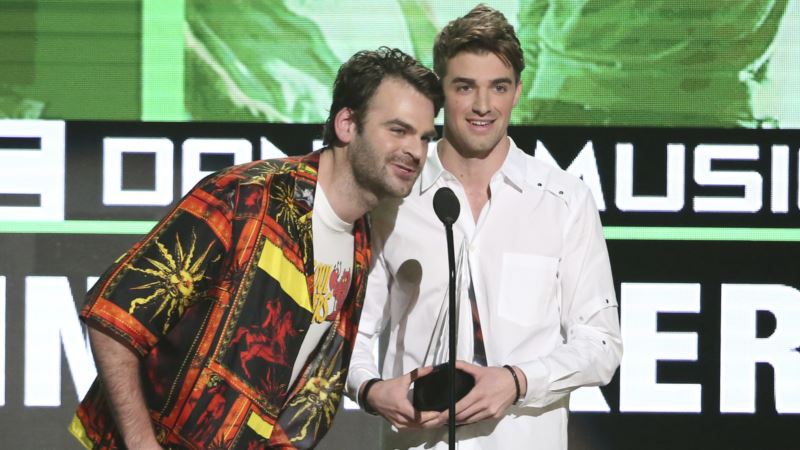