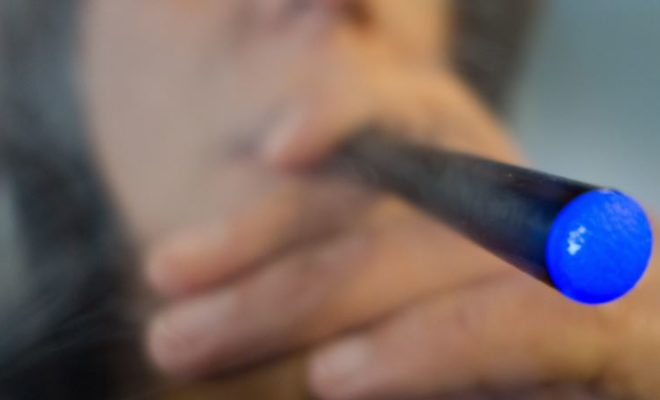 The e-cigarette market is suddenly getting more crowded.

Makers of the "vaping" devices launched a flood of new products in the United States ahead of new federal regulations, taking effect on Monday, that require companies to submit e-cigarettes for government approval before marketing them, according to company officials and industry experts.

The U.S. Food and Drug Administration, which announced the regulations in May, will allow e-cigarette devices introduced before the regulations came into force to be sold for up to three years while companies apply and await regulatory review.

The regulations also ban the sale of e-cigarettes to anyone under age 18. The multibillion-dollar industry had sought to delay the new rules through lawsuits and proposed legislation in the U.S. Congress. At the same time, many of the smaller players hedged their bets by releasing new products during the three-month period between the announcement of the regulations and their effective date.

"I would be surprised if there was any other period when so many products were introduced," said Bryan Haynes, an attorney with the firm Troutman Sanders who represents several e-cigarette companies.

Not of all the new products may be available immediately to consumers. Many companies beat the regulatory deadline with only limited shipments and product prototypes.

"There are scores of new products getting out ahead" of the deadline, said Oliver Kershaw, founder of the website e-cigarette-forum.com that tracks the industry.

"They've been put quietly into the market. Some of them are just brand refreshers. Some are quite interesting products," Kershaw said, referring to such innovations as "pods" – capsules that can be inserted into the devices – that are prefilled with flavored nicotine.

The FDA regulations for the first time bring regulation of e-cigarettes, cigars, pipe tobacco and hookah tobacco in line with existing rules for cigarettes, smokeless tobacco and roll-your-own tobacco.

The rules require companies to submit these products for government approval, list their ingredients and place health warnings on packages and in advertisements.

Cigar makers also rushed new products to the market to beat the regulations.

"We have attempted to do in 90 days what we usually do in three years," said Eric Newman, president of J.C. Newman Cigar Co, in business since 1895. "If it wasn't so serious, it would be comical to see the hoops we're going through."

E-cigarettes are handheld electronic devices: metal tubes that heat liquids typically laced with nicotine and deliver vapor when inhaled. The liquids come in thousands of flavors, from cotton candy to pizza. Using them is called "vaping."

Reynolds American Inc, Altria Group Inc and Fontem Ventures, a subsidiary of Imperial Brands Plc, are among the leading manufacturers of the devices. Their use has grown quickly in the past decade, with U.S. sales expected to reach $4.1 billion in 2016, according to Wells Fargo Securities.

The healthcare community remains divided over the devices. Some experts are concerned about how little is known about their potential health risks and about growing use by teenagers, fearing that a new generation will become hooked on nicotine.

Others support them as a safer alternative to tobacco for smokers unable to quit.

The FDA regulations are expected to shutter many "vape shops" that make their own products and cannot afford undergoing the approval process. The rules may benefit the big manufacturers, especially tobacco companies like Reynolds and Altria, which have the checkbooks and experience to navigate regulatory agencies.

Despite the new rules, France's leading manufacturer of "e-liquids" used in the devices started doing business in the United States last month. The company said it hoped the new market could help double its current sales of about $55 million.

"The vaping consumer is going to be drowned in a lot of new products," said Arnaud Dumas de Rauly, president of Gaïatrend USA, referring both to new devices and to types of liquids.

Reynolds, which makes the top-selling VUSE, did not introduce any new products this summer. Altria launched new flavor varieties including Menthol Ice and Smooth Cream.

Callahan said the company was also mindful of the requirements of the new regulations and complying with the timelines the FDA established. Mistic E-Cigs had planned to introduce sometime this year a new product called the Mistic 2.0 POD-MOD personal vaporizer, which has pods prefilled with liquids, but said its staff worked 14-hour days to ensure it was ready before the regulations took effect.

"We got a little lucky but we had to work a little extra hard," said Justin Wiesehan, Mistic's vice president of regulatory affairs.

Related Items
← Previous Story Behind the Scenes, Careers for Techies in the Music Industry
Next Story → Tabby’s Star Gets Even More Mysterious