Doctors in US, Africa Work to Contain Future Ebola Outbreaks 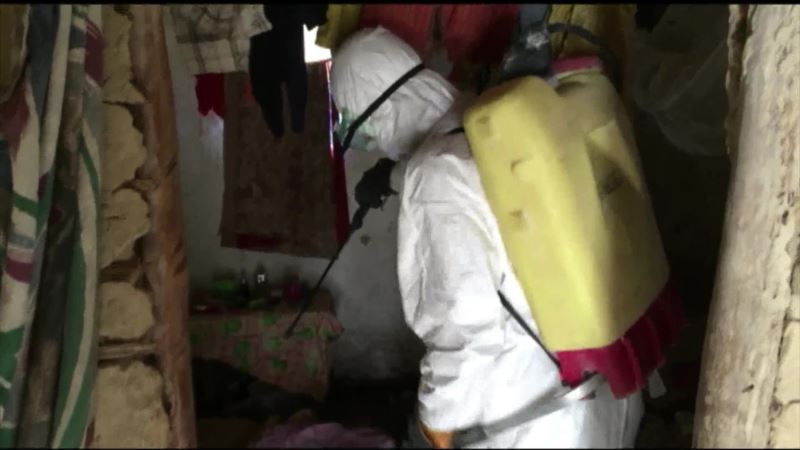 Thousands of people died during the Ebola epidemic in West Africa, but as memories fade and concerns about future outbreaks of that magnitude subside, health care specialists say the danger is not completely over. While the worst affected countries – Liberia, Guinea and Sierra Leone – have been declared free of the deadly virus, there have been some minor flare-ups. “The virus can hang around in the bodies of people who’ve survived Ebola and can then be spread to other people and start new outbreaks… In fact there have been seven clusters of Ebola since the epidemic was controlled: three in Liberia, three in Sierra Leone and one that started in Guinea,” said Dr. Barb Marston of the Centers for Disease Control and Prevention, director of the CDC's office for Ebola -affected countries. Dr. Marston told VOA, “Our biggest focus in those three countries is on activities related to surveillance, laboratories and building human capacity. … Right now we have a team of between 50 and 60; that’s counting Americans who are permanently stationed in the three countries plus some locally employed staff and also some staff [from] CDC traveling there temporarily to assist." Cooperation across borders This kind of cooperation has proven to be helpful in dealing with the latest minor outbreaks, says the CDC's Liberia country director, Dr. Desmond Williams. "In March we had a case again in a remote part in Guinea. One of the contacts from that family moved down to the capital city of Liberia, Monrovia," Dr. Williams said. "But because the two governments were ready this time, we were able to limit that outbreak to 13 infected people and nine people dead." Dr. Williams told VOA the agency’s field epidemiology program has trained significant number of surveillance officers in Liberia, at the national, county and district levels, but the most important work has been developing laboratory capacity, so health care workers are able to diagnose Ebola infections rapidly. The number of health care workers in Liberia was already low before the epidemic, but the situation is worse now, since scores of medical staff died after contracting Ebola. Dr. Marston said health workers must feel safe at their workplaces, so they have to be able to protect themselves from the virus. “One of the important things we are really focused on is helping health care workers understand how to take care of [Ebola] patients," she said. "That involves identifying people who might have infections early, triaging them appropriately, managing them carefully." Warnings about bushmeat Dr. Williams said another important lesson learned from the outbreak was the need to have community participation and support. He warns against the risks posed by bushmeat, meat from wild animals and birds, which was banned during the epidemic but is now back in the market place. “Bushmeat is an issue," he said. "It’s actually a bigger issue for the person who’s preparing the meat, because that person is going to be in contact with the body fluids of that animal." Ebola is not spread by food, according to the CDC, but some human infections have been associated with hunting. Infections also come from processing meat from infected animals, both domesticated and wild. As the world focuses on other threats, hospitals in the U.S. are not sitting on their hands. Dr. Colleen Kraft is with Emory University hospital, which treated four U.S. patients infected with the Ebola virus. She recalled some of those moments. "The day varied depending on the severity of the illness. On a day where the patient was recovering and doing well, it was a lot less anxiety and tension," Dr. Kraft said. "At the height of the critical illness of our third patient, Dr. Ian Crozier, those days were very intense." Dr. Crozier, a physician from Emory who contracted a severe case of Ebola in West Africa, has recovered after months of treatment. US hospitals' preparedness Dr. Kraft says all her current work is associated with Ebola, something she would not have expected earlier in her career. “Nebraska, Emory and Bellevue (hospitals) are all in one group called NETEC, which is the national Ebola and training education center," she told VOA. "Essentially we are tasked with training, educating, exercising and visiting every hospital in the U.S. that is preparing to take care of a patient with the Ebola virus. "So we are now spending a lot of our time working on preparedness. Just like our hospital spent 10 years preparing, we are now doing it for others." Not everyone who contracted Ebola died, but the survivors have suffered, too. Like Sekou Kondiano, from Guinea, and his spouse, whose lives were shattered financially. “Since I got out of the hospital," Kondiano said, "it has taken me a year to get my strength back, and the little savings we had are gone.” Another lesson learned from the outbreak, Dr. Williams said, is that that without health there is no development. "It was scary driving around the capital cities of Freetown (Sierra Leone) and Monrovia and seeing very little going on. All business and commercial activities ceased. But I think all the countries are looking into ways in which they can improve their GDP output again." Affected countries and organizations around the world dedicated unprecedented resources to combat the deadliest outbreak in history. But continuing watchfulness for new infections, efficient and rapid tracing of all of an infected patients contacts, and good laboratory science are some of the main factors that are key to successfully controlling future outbreaks. 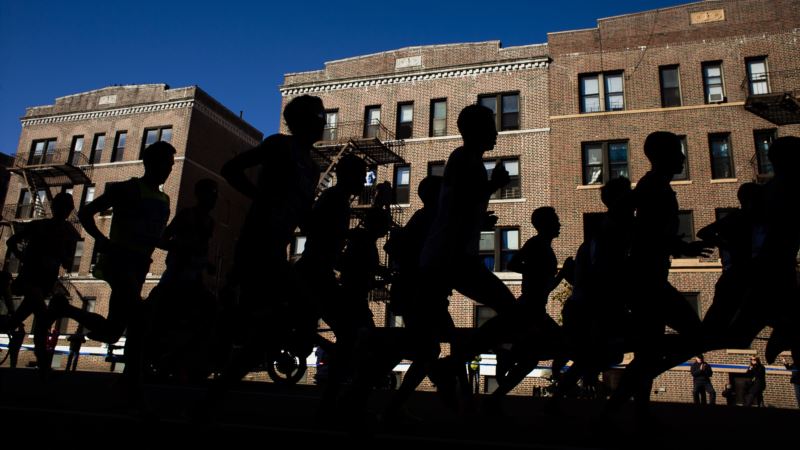 Worrying About Good Health May Lead to Bad Health 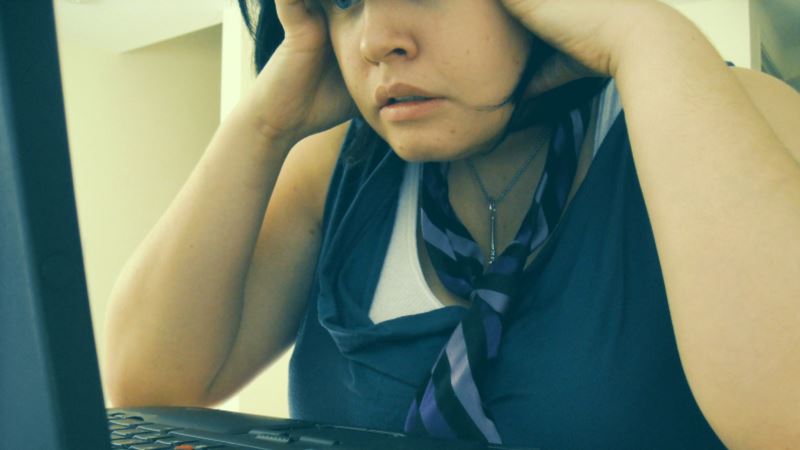 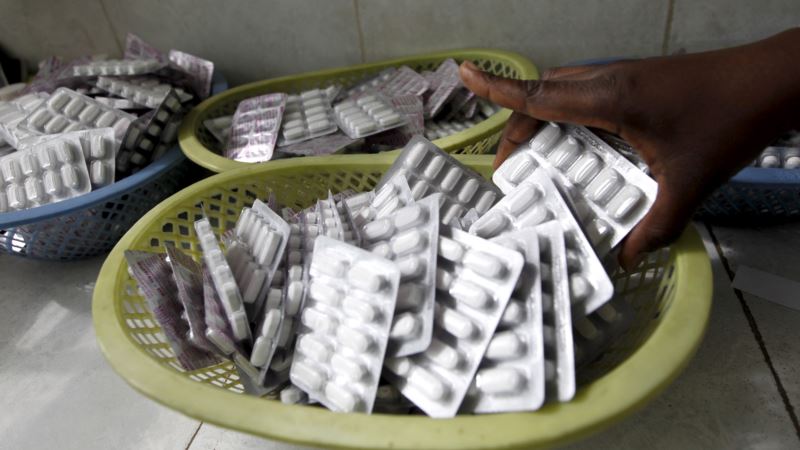 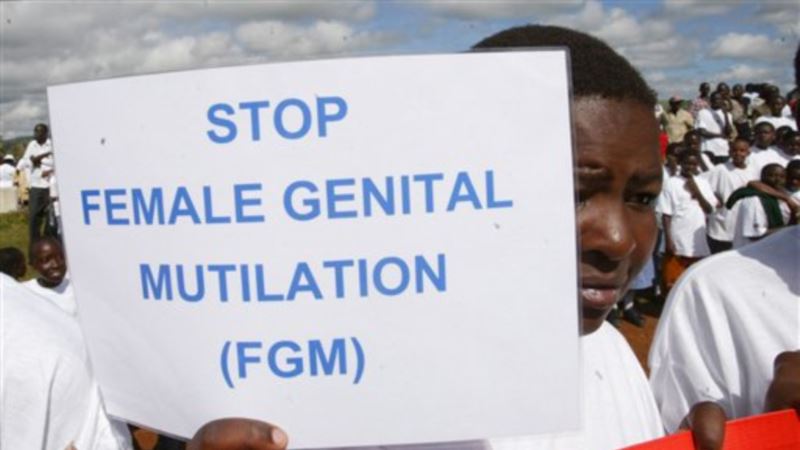 More Than 800 Girls Circumcised in Tanzania Despite Police Crackdown