Chloe Grace Moretz appears on the new issue of Teen Vogue along with Brooklyn Beckham, who it is thought she split from in August.

The 19-year-old actress and the 17-year-old model/photographer are seen hugging on the fashion magazine’s front cover.

While Beckham isn’t referenced until the inside pages, the cover shot shows him wearing a hat he has been pictured in before… and the image is very similar to one posted by the actress on her Instagram page back in June.

Along with the cover shot, Chloe chats to actress Julianne Moore – her mentor and co-star from 2013 film Carrie – about her career and personal life.

She discussed her relationship with David and Victoria Beckham’s eldest son, and opened up about the public interest in their union.

When asked by Moore if she felt there was anything she missed out on, due to being in the public eye for more than half her life, she went on to speak about her relationship.

She said: “Those things have been difficult because society doesn’t really want you to be smart, put together, and well rounded. They want a story. They want a tabloid. Especially right now, in my newer relationship with my boyfriend [Brooklyn Beckham].

“Weâll go out and there will be 15 paparazzi and we’re just going to a grocery store. We are real people and we’re having real emotional experiences, and all this is happening around us. Trying to keep ourselves in our own little world is difficult.”

Moretz also happily discussed the possibility of working with Beckham, as she’s an actress and he’s a photographer.

She explained: “I would definitely be more than happy to be shot by him any day. He’s grown up understanding a lot of the artistic sides of different industries, from his mum’s to his dad’s to now his own as an artist.”

Look who surprised me !!! We are Ready to watch @hillaryclinton make history.. (Tune in at 9:18 for my speech xox)

But Moretz also revealed how the two of them made their long-distance relationship work. She said it was easy for them because they both spent their life between two cities, “from LA, to New York to London”.

She added: “We both understand that there will be times when we canât speak because we are too busy.

Congratulations â¤ï¸ proud of this one xx

“Some of it is just based on trust. If you feel that you can trust each other and go eight hours without talking, then you have something that can withstand space and time.”

Moretz revealed she and Beckham – who had long been rumoured to be an item – were together in May.

She appears in the October/November Issue of Teen Vogue, which is on sale from September 27. 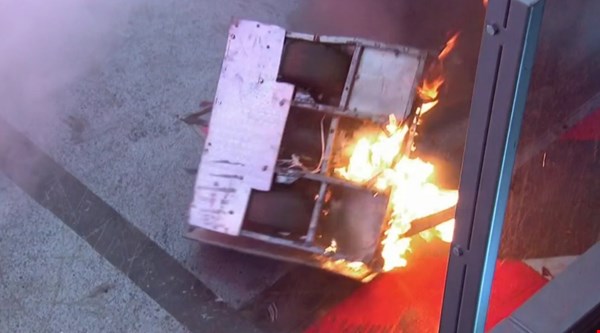