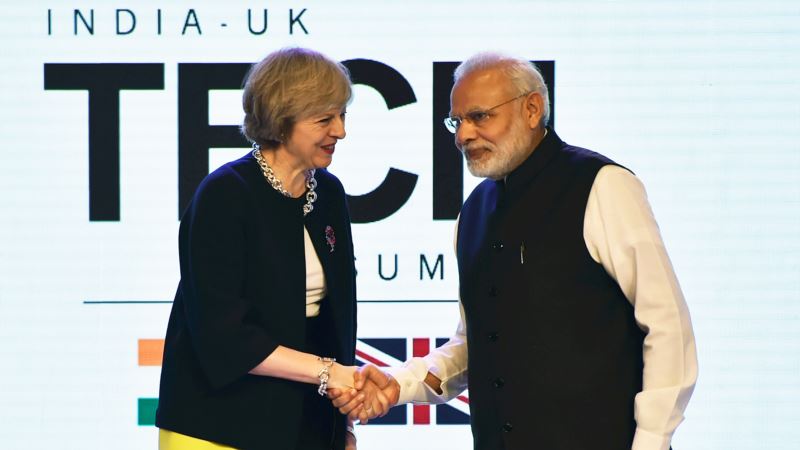 Calling Britain a committed and passionate champion of free trade, British Prime Minister Theresa May, is pitching for deeper business ties with India. “It is why as Britain leaves the European Union, we are determined not to turn our backs on the world, but to forge a new outward looking role for ourselves,” the British leader said Monday in New Delhi as she began her first visit outside Europe. May’s visit to India is intended to start the process of building bilateral trade ties as Britain prepares to leave the European Union. As Indian Prime Minister Narendra Modi pressed New Delhi’s concerns on tighter immigration laws that have adversely impacted Indian students and professionals in Britain, the British leader held out the possibility of a better visa deal for India. "The UK will consider further improvements to our visa offer if at the same time we can step up the speed and volume of returns of Indians with no right to remain in the UK," May said after holding talks with Modi in New Delhi. She said, “The UK will continue to welcome the brightest and best of Indian students with latest figures showing that nine out of 10 applications are granted.” She also announced a plan to grant easier access to business travelers from India. Earlier, the Indian Prime Minister stressed that it would be important for Britain to allow for greater mobility of skilled professionals and students as the two countries seek to enhance trade in goods and services. “Education is vital for our students and will define our engagement in a shared future. We must therefore encourage greater mobility and participation of young people in education and research opportunities,” said Modi. Immigration and diminishing visa numbers have become a sticking point between the two countries. British universities are a popular stop for Indian students, but in the past five years there has been a dramatic drop in the numbers attending due to restrictions on allowing students to stay in Britain after completing their studies. Indian businesses also say that increasing investments have to be linked to allowing freer movement of professionals. But with the vote for Brexit mandating curbs on immigration, officials said there would be no relaxation in numbers or criteria, only in the process. Much of the visit focused on May’s mission to improve business links with the world’s fastest growing economy. Both countries have decided to set up a working group to lower barriers to trade and investment as they eye a free trade deal post-Brexit. The British leader said business deals worth more $1.24 billion are set to be signed during her visit, which concludes Tuesday. She will also visit the Information Technology hub of Bengaluru, commonly known as Bangalore. May also said India’s plans to build scores of smart cities will unlock business worth $2.5 billion for British businesses. Calling the potential of a relationship with India “limitless,” May described India as a leading power, and said Britain would back its bid for a permanent seat on the U.N. Security Council. In a reference to India’s growing tensions with Pakistan, Modi said he had conveyed to May the need for the international community to take strong action against states that support and sponsor cross border terrorism. 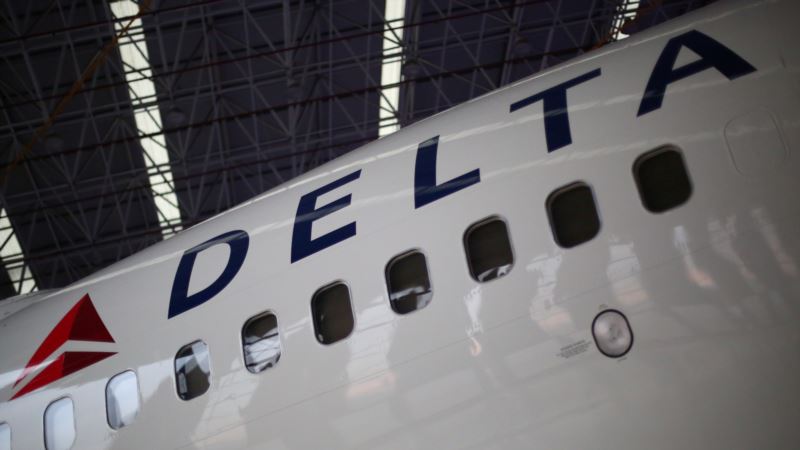 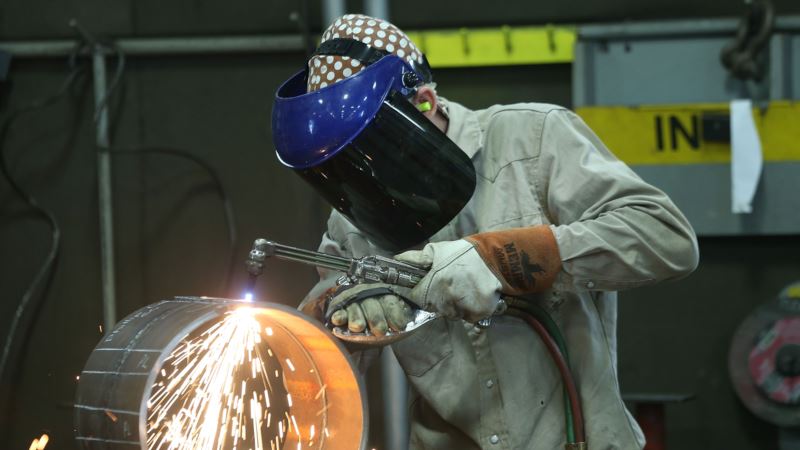 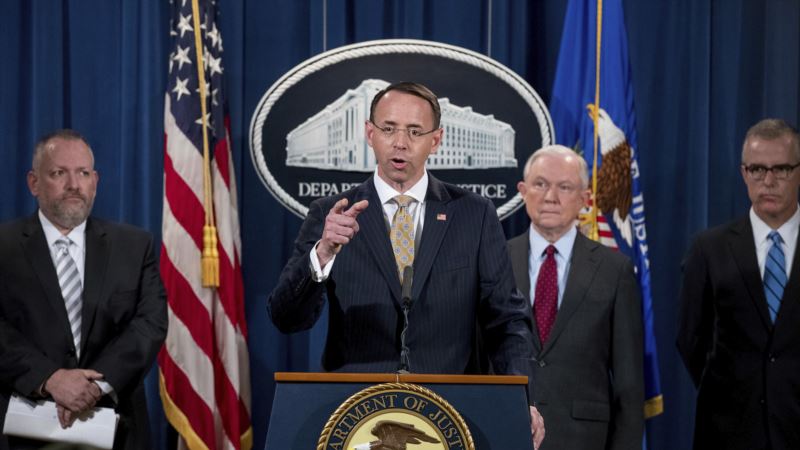 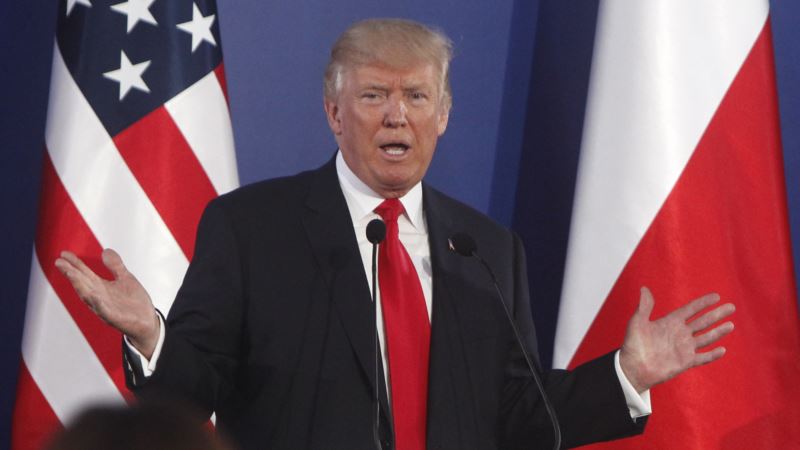 Trump to European Leaders: Look at US as Energy Exporter