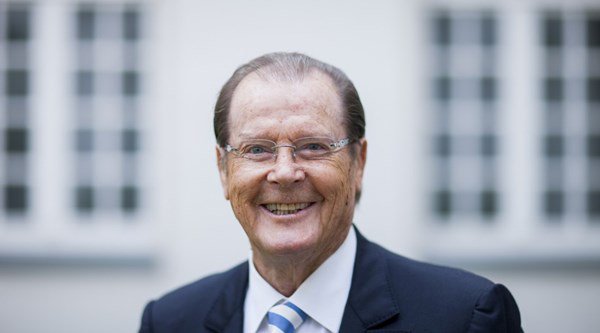 Sir Roger Moore has paid tribute to the “charm and warmth” of Pinewood Studios as it marks 80 years of film-making.

The former James Bond star – who has had an office at the Buckinghamshire site for decades – said the celebrated studio was a “second home” to him.

Opened on September 30 1936, Pinewood was where cameras began rolling on 007′s first mission when Dr No was filmed there in 1962 and it continued to provide the backdrop to the special agent’s many future escapades.

The film studio, in Iver Heath, grew to be the UK’s answer to Hollywood by producing some of the biggest film franchises in cinematic history.

Among the blockbusters it became home to were the Superman and Harry Potter films.

Sir Roger recalled his many years of encountering some of the best-known faces on the big screen there.

He told the Press Association: “As someone who has had an office at the studio since 1970, and having first worked there in 1946, I like to think I know Pinewood quite well – and of course because I made all but one of my Bond films, The Persuaders and half a dozen other movies there too.

“Pinewood not only has the very best facilities, it also has a charm and warmth unlike any other studio with its stately Heatherden Hall mansion at the centre, beautifully maintained gardens and its ‘film factory’ and backlot boasting near-on 30 stages, including of course the huge 007 stage which I opened in 1977.

“Many was the time I’d walk into the grand ballroom restaurant and see Christopher Reeve in his Superman costume having lunch, the Carry On gang laughing away around their table and of course the great Cubby Broccoli hosting a table of international journalists all keen to know more about the latest Bond.”

The location itself has more than a dozen main stages – including the 007 stage – and covers tens of thousands of square feet.

Sir Roger added: “The majority of the Bonds have been made at the studio, and there’s a reason the producers keep coming back – they love it and the studio never fails to deliver.

“It’s my second home and always will be.”

Over the years, dozens of big-budget blockbusters and much-loved classics have been filmed – from Oliver Twist and the Carry On series to space-based thriller Alien and several of the Marvel comic book movies.

Much of the wizarding world seen in the Harry Potter series was also brought to life in the studios.

Among the acting greats to pass under the famed Pinewood Studio entrance are Laurence Olivier, Marilyn Monroe and Dick van Dyke.

The executive producer for a host of the James Bond films, Callum McDougall, told the BBC Radio 4 Today programme: “I went down and literally from the minute I walked into the studios I think I decided I didn’t want to be an actor and I definitely wanted to work on films.

“I remember so clearly walking through the gate and it is literally the dream factory.”