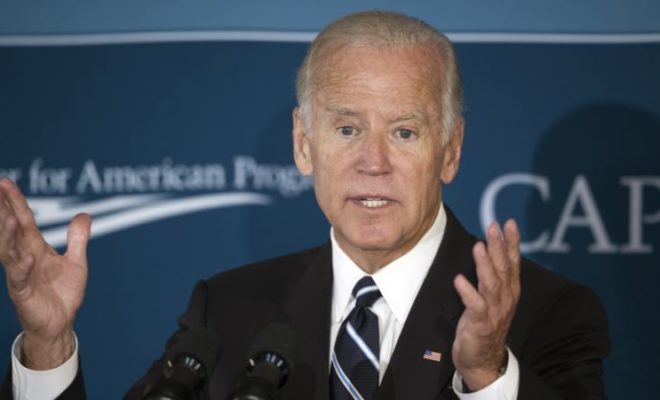 Vice President Joe Biden on Thursday called on the Republican-led U.S. Congress to allow an up-or-down vote on funding to combat the Zika virus without other provisions attached, calling the health threat posed by the pathogen a national emergency. Congress has failed to approve any funding to fight the mosquito-borne virus since President Barack Obama asked for $1.9 billion in February. Lawmakers have been deadlocked for months over a $1.1 billion funding bill. Democrats have accused Republicans of attaching controversial provisions related to abortion and Obama's healthcare law that they cannot accept and have called for new legislation. Republicans in turn have accused Democrats of blocking the bill to gain political advantage by portraying Republicans as obstructionists on Zika funding. "Give us an up-or-down vote, straight, on Zika," Biden, a former Democratic senator from Delaware, said at an event on Capitol Hill with fellow Democrats from the Senate and House of Representatives. "I understand attaching controversial issues to important legislation … but this is a national emergency," Biden added. "People's health, the well-being of unborn children, the health of the country at large, is at stake. Act." Republicans and Democrats have huddled separately in closed meetings this week to see if they could reach a compromise during September's 19-day legislative work session. A main issue is Democrats' opposition to language, backed by Republicans, that they say would prevent Zika funds for abortion providers like Planned Parenthood, mainly in Puerto Rico. U.S. health officials have concluded that Zika infections in pregnant women can cause microcephaly, a birth defect marked by small head size that can lead to severe developmental problems in babies. There is no vaccine or treatment for Zika. The virus, first detected in Brazil last year, has spread rapidly through the Americas. Florida is the only U.S. state so far where local mosquitoes are known to be transmitting Zika.