The One Show’s Alex Jones has announced she is pregnant with her first child.

She tweeted: “Charlie & I are very happy to confirm that we’re expecting a baby in the new year. Feel so lucky that we’re about to become parents.”

The Welsh TV personality said in an interview recently that she did not regret leaving it late to start a family.

“My mum went through the menopause early (at 43), but I don’t regret leaving it late,” she told the Radio Times.

“I wanted to marry someone who would be a great father. He came along when I was older and now children could happen, which is great.”

Alex, who competed on Strictly Come Dancing in 2011, is currently making a documentary called The Truth About Fertility.

In the same interview, she spoke of the pressures on women to have children later, adding: “That’s where the problem lies.”

Her celebrity friends were quick to congratulate her:

@MissAlexjones thrilled to bits for you both lovely girl. What amazing parents you'll make. 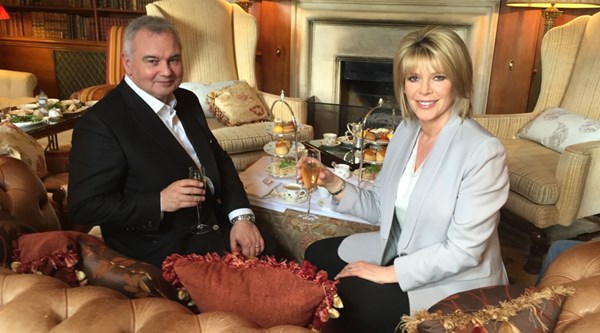