It's time for Sausage Party to hit cinemas this coming Friday, and the world is pretty evenly split into people who already know about it and will think its hilarious and those who just won't care. There's also horror, drama and mystery- something for everyone!

Sausage Party The team which brought you This is the End and The Interview now has an animated movie about talking food, and it's probably the filthiest thing you'll see in cinemas this year. It's also pretty darn hilarious, so long as you're into that sort of thing.

Morgan Ridley Scott produces this stylish looking sci-fi horror which is all about a young girl with special abilities and how a team of scientists get into some trouble when they try to study her. There's a great cast in this Northern Ireland shot film including Jennifer Jason Leigh, Kate Mara, Toby Jones, Rose Leslie, Michelle Yeoh, Paul Giamatti and The Witch star Anya Taylor-Joy.

The 9th Life of Louis Drax Based on the best-selling novel by Liz Jensen, this is the story of a boy called Louis who has had a life of near death experiences and starts to investigate why he's so unlucky, with the help of a photogenic doctor played by Jamie Dornan. With Aaron Paul, Sarah Gadon and Oliver Platt. It looks very mysterious altogether.

Brotherhood Brit Noel Clarke is pretty much an industry unto himself, with acting parts in everything from Casualty to Star Trek Into Darkness and a bunch of directing credits to his name. Brotherhood completes the trilogy started with Kidulthood and Adulthood and looks like a particularly gritty drama set in the criminal underworld. Cafe Society Woody Allen is still making movies, but it's ok no one minds if you don't go see them. In this one, Allen-stand-in Jesse Eisenberg heads to Hollywood to escape his dreary life and obviously falls into mad love with a woman who isn't really into him. Also starring Kristen Stewart, Steve Carell and Blake Lively, this film has actually been getting pretty good reviews. 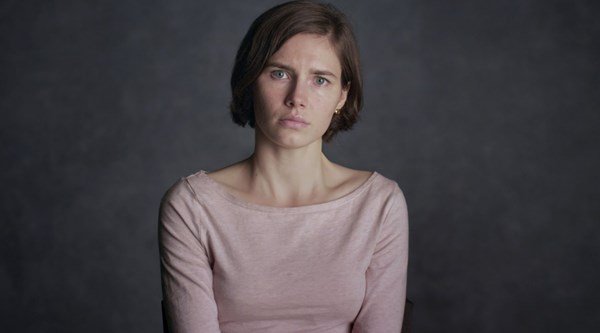