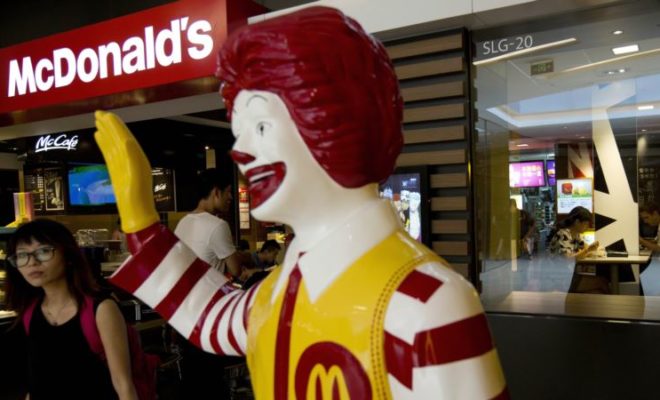 A woman with Down syndrome has hung up her hairnet and retired after working 32 years at the french fry station of a Massachusetts McDonald's franchise. Freia David began working at the Needham McDonald's in 1984 through a program that placed adults with cognitive disabilities in community jobs. While two of her peers didn't complete the six-month training course, David soon became a mainstay of the restaurant. David was approaching 1 million pounds of fries served when her 90-year-old mother began to notice that she was forgetting things and urged her to retire. More than 100 people packed the McDonald's to wish David a happy retirement on Monday. She received a silver necklace with a fry-carton pendant and a proclamation from the state House of Representatives among other gifts.